Islamic Jihad Vows: Blood of martyrs will not be wasted 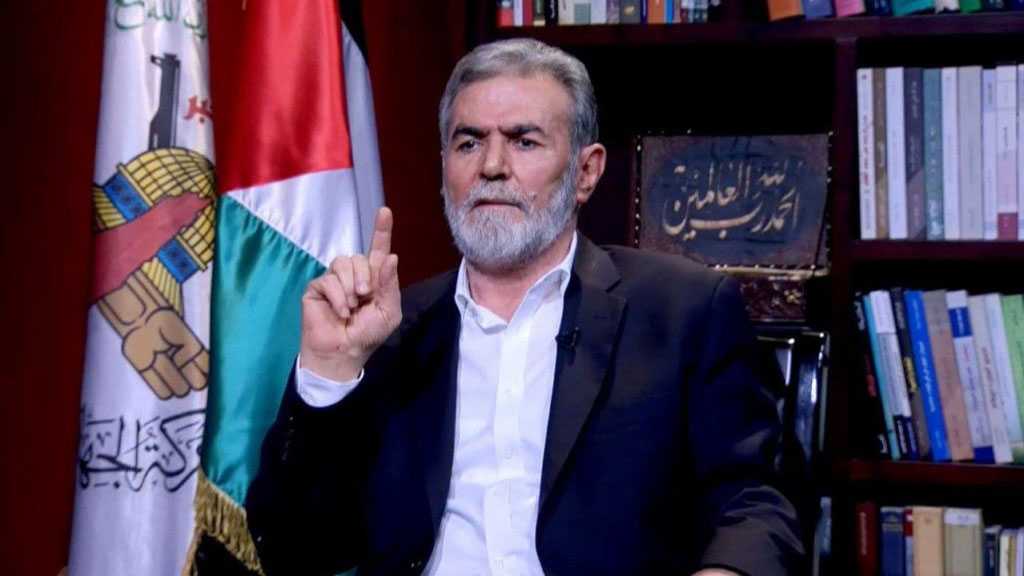 Leader of the Palestinian Islamic Jihad resistance movement Ziad al-Nakhala condemned the recent fatal shooting of three young Palestinian men by Israeli troops during an operation in the occupied West Bank, stressing that armed struggle against Israeli will continue unabated across the Palestinian territories.

“The blood of the martyrs will not be wasted. Their long-held dream was fulfilled and they joined the rank of their fallen combatant and steadfast brethren,” al-Nakhala said in telephone conversations with families of the victims on Thursday night.

Nakhala highlighted that armed struggle against Israeli occupation forces will never stop, and the enemy will be astounded within the next few days as it will get hit from where it has never calculated.

The Palestinian Islamic Jihad chief also said it was a matter of pride for him to cooperate with all freedom-seeking resistance fighters in the face of Israel, and confront the regime’s aggression against Palestinian lands and nation.

The killing of the three Palestinian resistance fighters on Tuesday was widely condemned by Palestinians as a field execution and an assassination.

They then got out and surrounded the vehicle carrying the Palestinian men, and fired at it intensely from point-blank range.

The Zionist military said it ambushed the fighters, adding that they were members of the al-Aqsa Martyrs’ Brigades – the military wing of Fatah resistance movement.