Celebrations Mark the 43rd Anniversary of the Islamic Revolution Victory 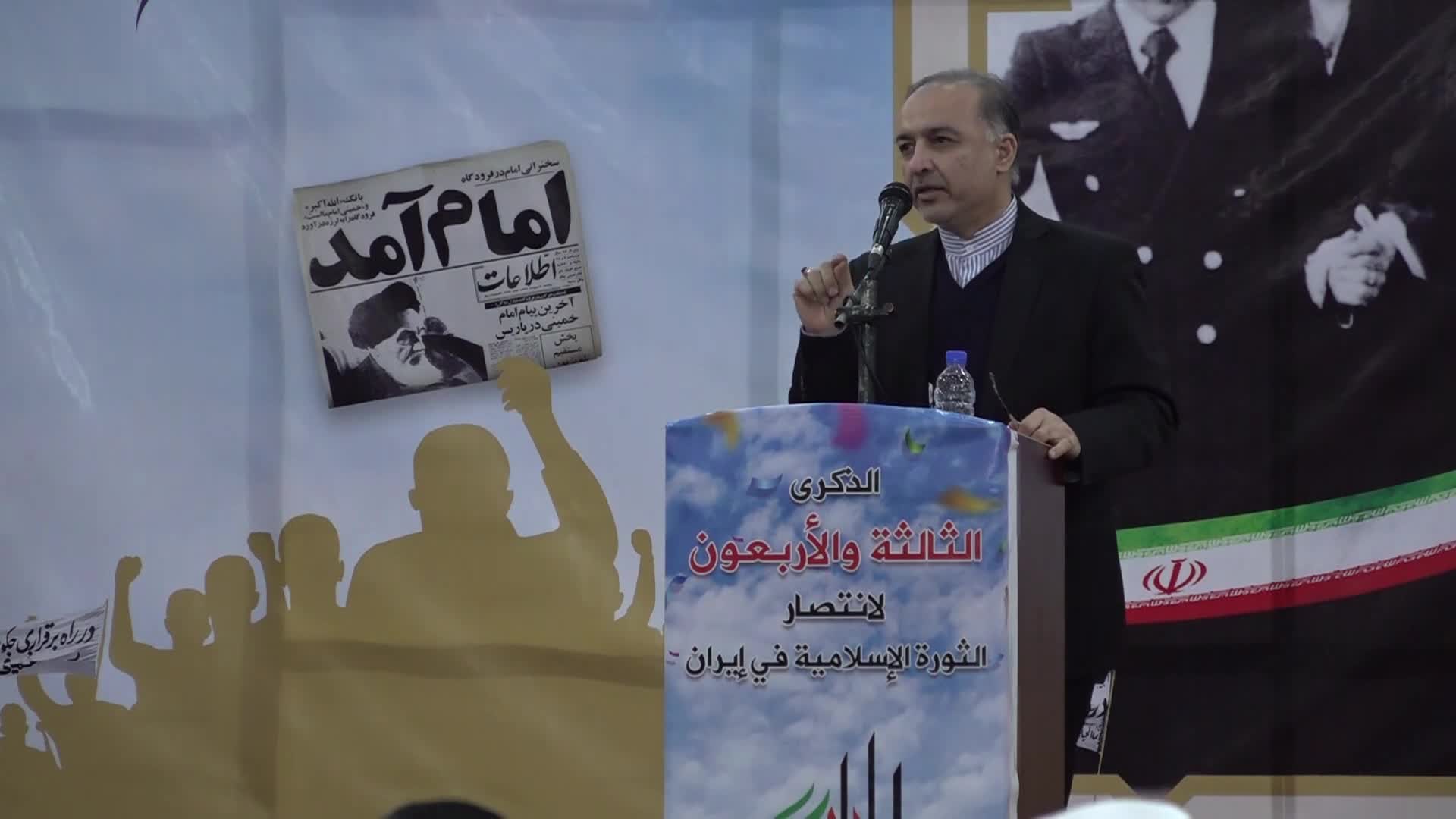 A mass celebration was held at the invitation of Imam Khamenei’s bureau to commemorate the victory of Iran’s Islamic Revolution.

The statements delivered on the occasion hailed the Islamic revolution led by Imam Khomeini and its firm approach in supporting the weak and oppressed.

The Iranian Ambassador in Damascus, Mahdi Sobhani, said the Islamic revolution in Iran is one of the most important events in the last years of the twentieth century, noting that it is a comprehensive revolution in all aspects of life.

Sobhani said “the forces of global arrogance have been conspiring against it (revolution) from the moment it was launched until today due to its resistance approach, its firm support for the oppressed and firm position in support of the Palestinian cause”.

For his part, the head of the Jaafari Islamic Council in Syria, Sayed Muhammad Ali Al-Miski, congratulated Ayatollah Khamenei and the Iranian people on the victory of the revolution.

He hailed to scientific development that the Islamic Republic witnessed in light of the revolution, noting that Iran has become an exporter of technology.

For his part, Father Saadeh Al-Yazji said the victory of the Islamic Revolution is “a compensation for the defeats the nation suffered during that time,” wishing the revolution to be support for Palestine and the resistance in Lebanon and all the oppressed.