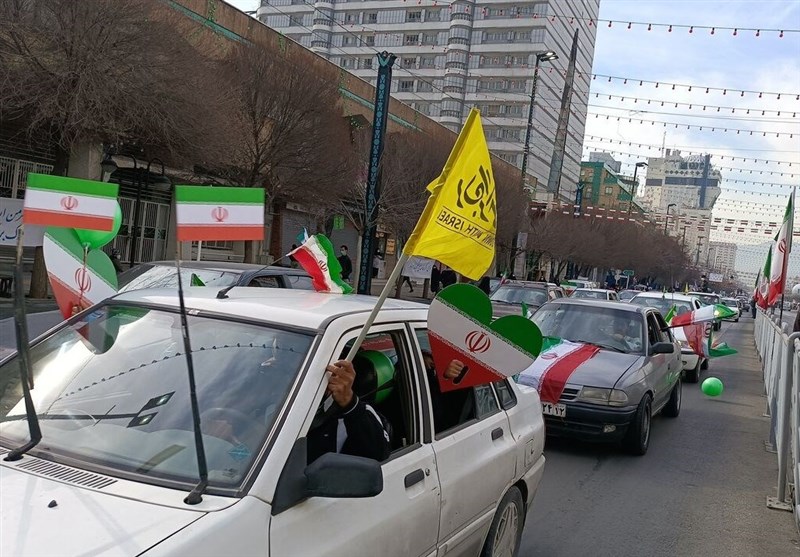 Iranian across the country marked the 43rd anniversary of the Islamic Revolution victory in motorcade due to Coronavirus outbreak.

Iranians are holding Bahman 22 rallies across the country on the occasion of the 43rd victory anniversary of the 1979 Islamic Revolution.

In the Capital city of Tehran, balloons are to fly in the sky, and the Army parachutists are going to perform shows as part of celebrations to mark the day.

The ceremony is held in the red cities using cars and motorcycles; other towns also have the rally in a limited way while observing all health protocols.

Iranian President Ebrahim Raisi is to address the participants of the rallies in Tehran in Imam Khomeini Grand Prayer Grounds (Mosalla).

Iranians renewed their allegiance to the Islamic Republic of Iran by attending cars and motorcycle rallies to celebrate the anniversary.

Every year, Azadi Square in Tehran witnesses the active presence of people to hold the Bahman 22 rally.

Revolutionary anthems are played along the rally route, and the paths leading to Azadi Square are decorated with the flags of the Islamic Republic of Iran.