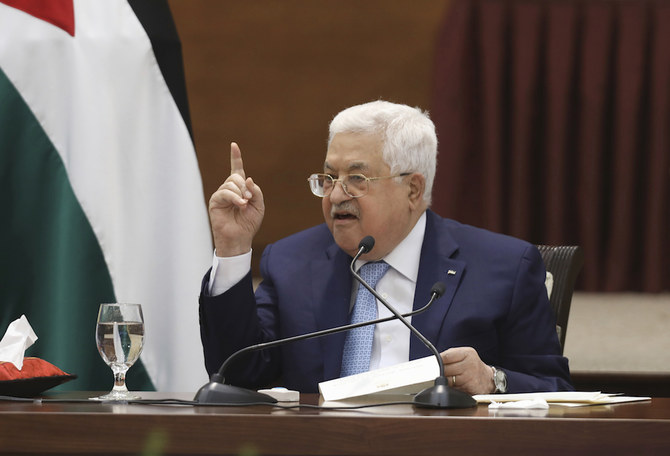 Speaking during a meeting with German Foreign Minister Annalena Baerbock on Thursday at the presidential headquarters in Ramallah, Abbas stressed the importance for the international community and the European Union (EU), particularly Germany, to put pressure on Israel to stop its actions that undermine the two-state solution and peace efforts.

He briefed Baerbock on the latest developments on the Palestinian arena, particularly the outcomes of the Palestinian Central Council’s (PLC) recent session, while pointing that the Palestinian side would not accept, under any circumstances, a continuation of the current situation, whereby Israel continues to consolidate its occupation and racist practices in the territories occupied since June 1967.

Abbas thanked Baerbock for her country’s institution and infrastructure-building support to the Palestinian state while expressing Palestine’s keenness to strengthen its friendly relations with Germany in the interests of the two peoples.

The top German diplomat, who is making her first trip to the Middle East as Foreign Minister from February 9 to 12, reiterated Germany’s support for peace based on the two-state solution, the United Nations resolutions while pledging to continue providing economic support to the Palestinians.