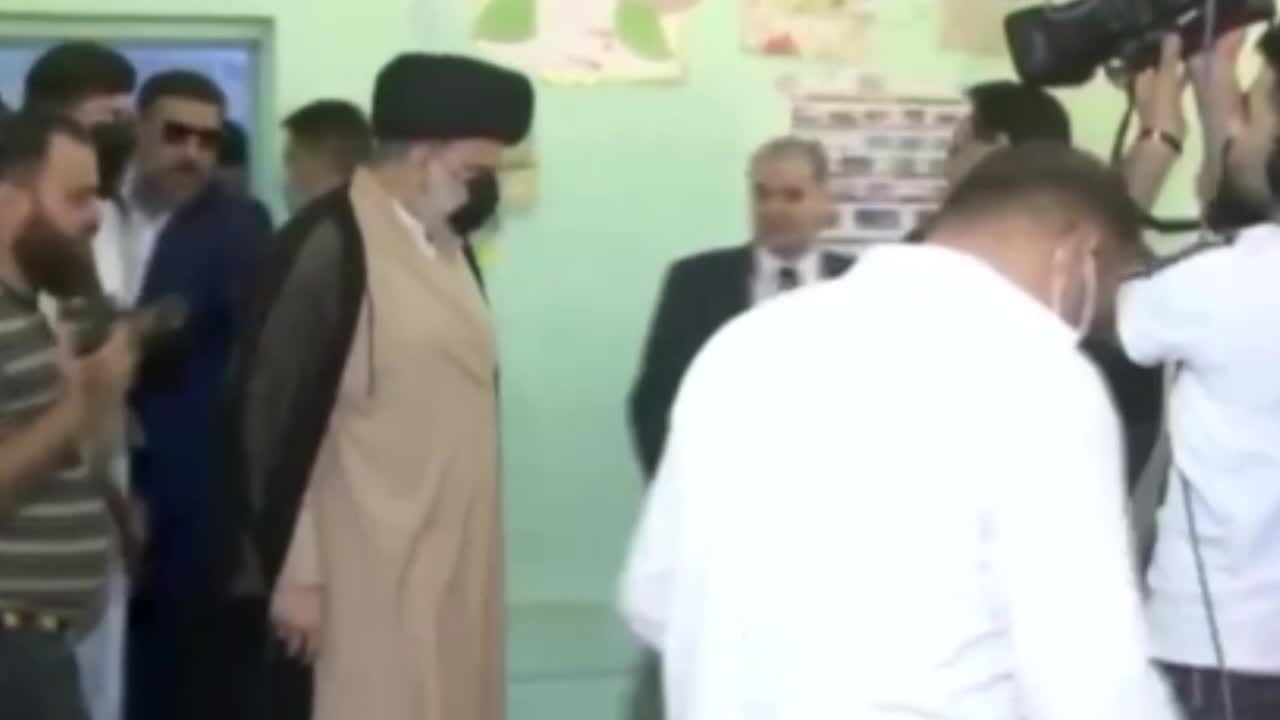 The leader of the Sadrist Movement, Sayed Muqtada al-Sadr, cast his vote in the parliamentary elections in Najaf province.