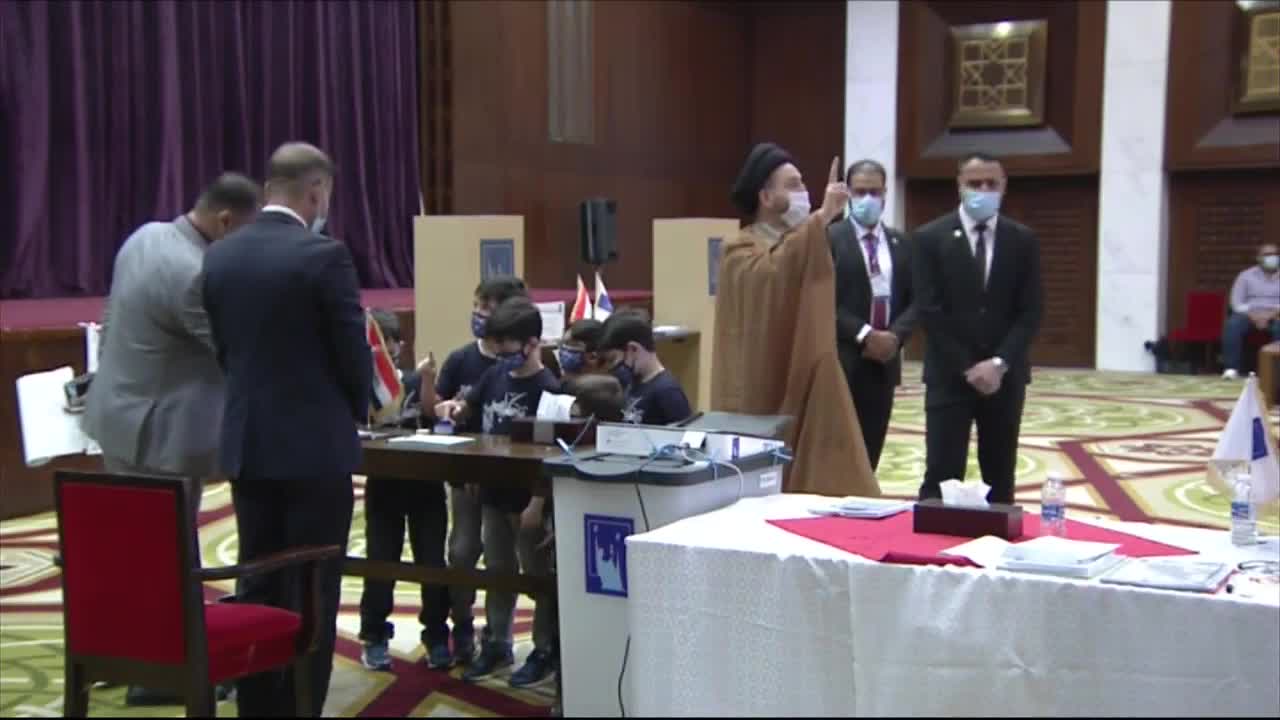 The head of the National Wisdom Movement, Sayed Ammar Al-Hakim, cast his vote in the parliamentary elections.

Al-Hakim said after casting his vote that the wide participation in the elections represents a victory for the rights of the people.

He expressed hailed the Iraqi government and praised measures taken for conducting the elections.

He added that “The presence of the international community is a message of solidarity and support for the democratic process in Iraq.”

IHEC spokeswoman Jumana al-Ghalay said “The number of polling centers in the general voting is 8,273 centers, with more than 55 thousand stations.”

He noted that “1877 international observers participate in monitoring the general poll, while the number of foreign journalists is 510 journalist participating in the coverage of the general voting.”