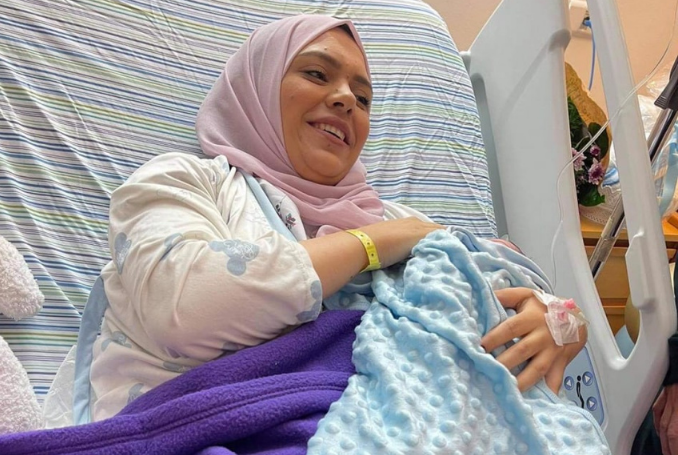 Anhar al-Deek, 26, the Palestinian pregnant woman who was imprisoned by Israel, gave birth at a Ramallah hospital to a healthy baby boy only days after she was set free.

Al-Deek, a mother of another child, was detained at her home in Kufr Nimeh village, near Ramallah, when she was three months pregnant.

A local and international campaign was launched to set her free in order to have her baby in a normal environment particularly after it was decided that she is going to undergo C-Section for her delivery.

An Israeli court had previously denied the right of any of her family members to be with her in case she gave birth while still in prison, causing an intensification in the campaign to have her released to undergo delivery in normal conditions and with her family.

The Palestinian woman sent a message of appeal from her prison cell on August 25 calling for help to have her released so that she can give birth in normal conditions outside the prison walls.

Al-Deek was released under strict conditions, including house arrest and a $12,000 bail, according to family members.