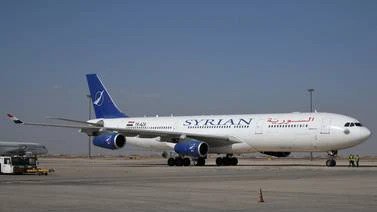 Syria’s Ministry of Transport announced on Friday it has suspended landing and departing flights through Damascus International Airport due to technical failure.

The ministry noted that “the resumption of flights shall be declared once the installations and equipment are fixed to ensure the safety and security of the operational traffic.”

However, an anonymous source revealed Friday that the suspension is due to the Israeli attack launched at dawn today on the main runway at the airport.

A military source reported that Israeli warplanes fired several missiles from the direction of the occupied Golan Heights at some targets south of Damascus at around 4:20 a.m. local time (0120 GMT) Friday, but Syrian air defenses brought down most of them.

The source noted that the strike resulted in one civilian injury as well as some material damage.

The development came days after Israeli warplanes fired a number of missiles at areas in the southern countryside of Damascus.

The air raid on Monday was carried out from the direction of the occupied Syrian Golan, targeting some points south of the city of Damascus, unnamed military source said at the time, adding that the Syrian air defenses intercepted the projectiles and shot down most of them.