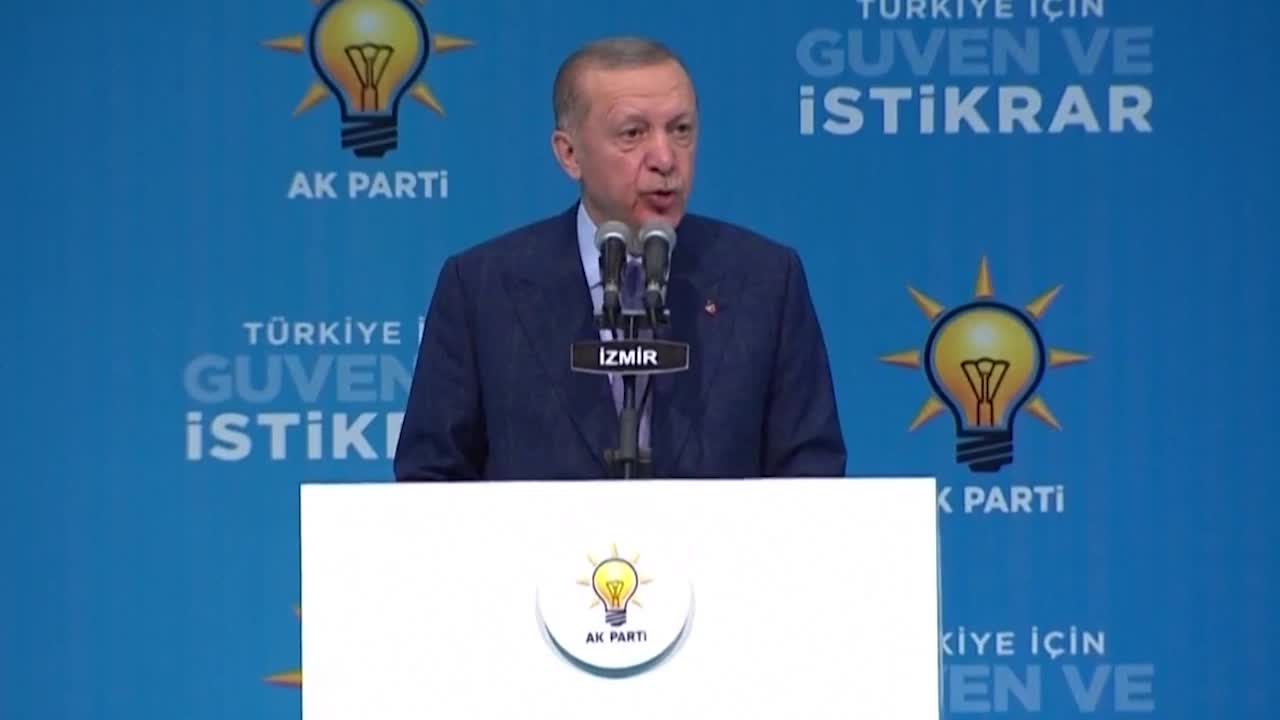 The Turkish president on Thursday reaffirmed that the country’s next general elections will be held on time, in mid-June of next year, and no earlier, ending any speculation of snap polls.

Speaking at his Justice and Development (AK) Party’s Provincial Advisory Council Meeting in the Aegean Izmir province, Recep Tayyip Erdogan also announced that he will seek another term in next year’s polls.

“The People’s Alliance’s candidate for presidential elections is Recep Tayyip Erdogan,” he said, referring to the voting and electoral alliance between the AK Party and Nationalist Movement Party (MHP).

“Just as we have brought together centuries-old work and services to our country over the past 20 years, I hope we will build a great and powerful Turkey together again in the coming days,” said Erdogan.

The AK Party first swept into power in the November 2002 elections.

Turkey is set to hold nationwide elections in June 2023, when voters will choose the president as well as all 600 members of parliament.

The president and parliamentary lawmakers are elected to five-year terms, although the president also has the power to call for early elections.

After serving as prime minister since 2003, Erdogan took the presidential reins starting in 2014, but only one term so far after Turkey’s 2017 shift to a presidential system of government.

Under the new system, presidents are limited to two full terms in office.