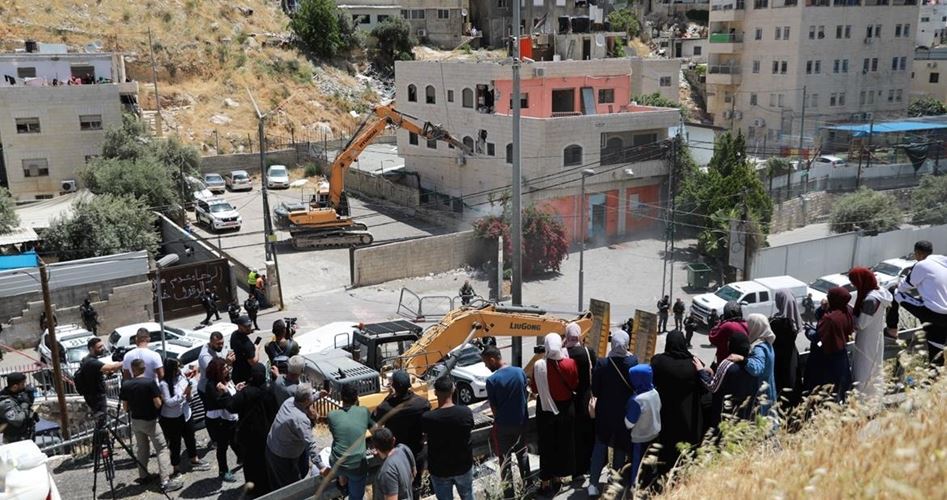 According to local sources, bulldozers escorted by a large number of police forces stormed Ein Luza neighborhood in Silwan, cordoned off the area where the building was located and embarked on knocking it down.

The police also forcibly removed members of the family from the building before the bulldozer carried out the demolition, and scuffled with angry Palestinians in the area.

The demolition measure led to the displacement of 30 individuals, including children, from the family of Rajabi.

Few days earlier, Israeli municipality in Jerusalem notified the family of its intent to demolish the building, which contained five apartments, at the pretext of unlicensed construction.

Locals have no choice but to build without licenses because there are no structural maps that respond to the natural increase in their numbers.

The Israeli authority also imposes building restrictions on the Palestinian natives in Jerusalem and makes it hard for them to obtain construction licenses.