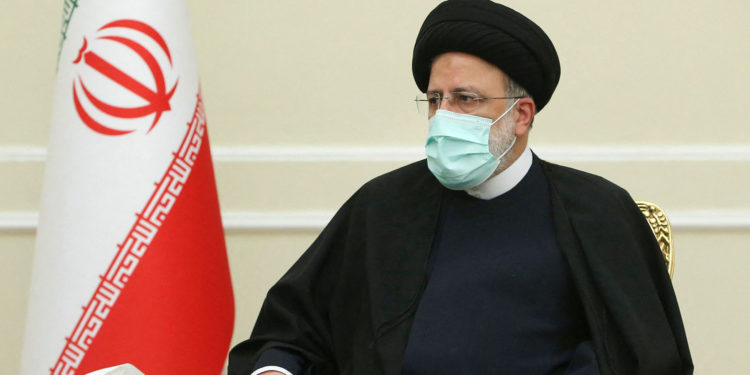 At the start of the phone conversation, President Raieis told the Japanese PM that strengthening Tehran-Tokyo relations would benefit the other nations.

“Given the capacities of the two countries, it is possible to take big steps towards strengthening Tehran-Tokyo relations,” he added.

The president further pointed to the Vienna talks and said that the “current US government’s adherence to the failed policies of the former US administration is a major obstacle to the acceptable progress of the negotiations.”

“Regardless of the nuclear deal, Iran’s Islamic Republic is ready to increase its level of relations and cooperation with other countries, including Japan, in the interests of both nations,” Raeisi went on to say.

According to the president, Tehran and Tokyo can play an effective role in creating and promoting peace and stability in the region and the world by strengthening bilateral cooperation.

The President considered foreign intervention as the major cause for insecurity in the region and stressed the importance of resolving the Yemeni crisis through internal Yemeni talks.

“Today, it is necessary to break the oppressive blockade on Yemen to prevent the heinous crime committed by the coalition forces in slaughtering and killing the defenseless people of the country.”

The Japanese Prime Minister, for his part, offered congratulations on the anniversary of the victory of the Islamic Revolution and said, “When I was the foreign minister and chairman of the Iran-Japan Friendship Group, and today, as the Prime Minister, with my knowledge of the capacities of the two countries, I have always sought to develop relations and activate joint cooperation capacities.”