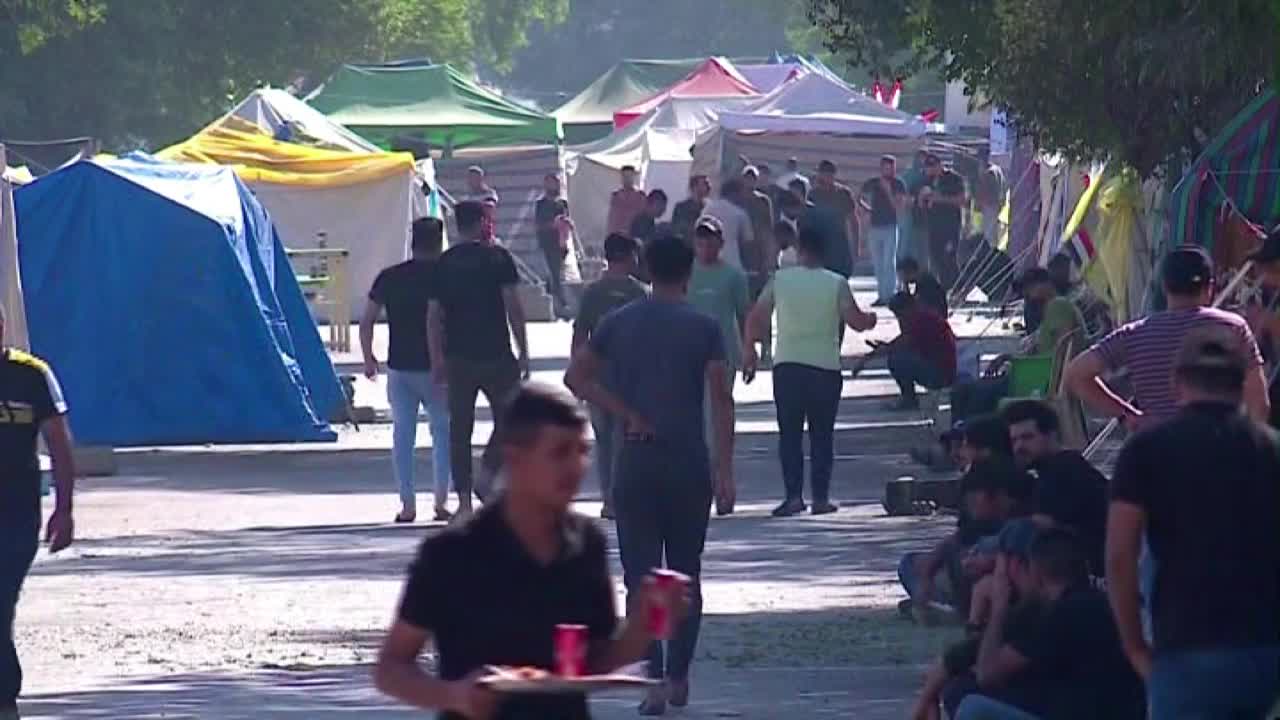 Iraqi protesters continue their open sit-in for the twenty-second consecutive day in the Green Zone in the capital, Baghdad, in protest against the results of the parliamentary elections.

Protesters reiterated their demand in manual re-counting of the votes, stressing that they will stay in streets until their demands are met.

Independent High Electoral Commission has set the date for sending the appeals results to the judicial authority for a decision, confirming that the commission’s decision will be binding, whether it is for the commission or the partners of the electoral process.

“The Electoral Commission received the appeals and made way for the appellants as it opened a stage for the appeals appendices and allowed again to open the way for a period extending from 29th to 30th of October to open other appeals appendices and opened more from approximately 15,000 stations, i.e. 25% of the total stations, including the stations that were elected according to the lottery and whose votes were counted for the purpose of 5% of matching or not, which was within the limits of more than 9 thousand stations between private and public voting,” Commission spokeswoman, Jumana Al-Ghalay, said.