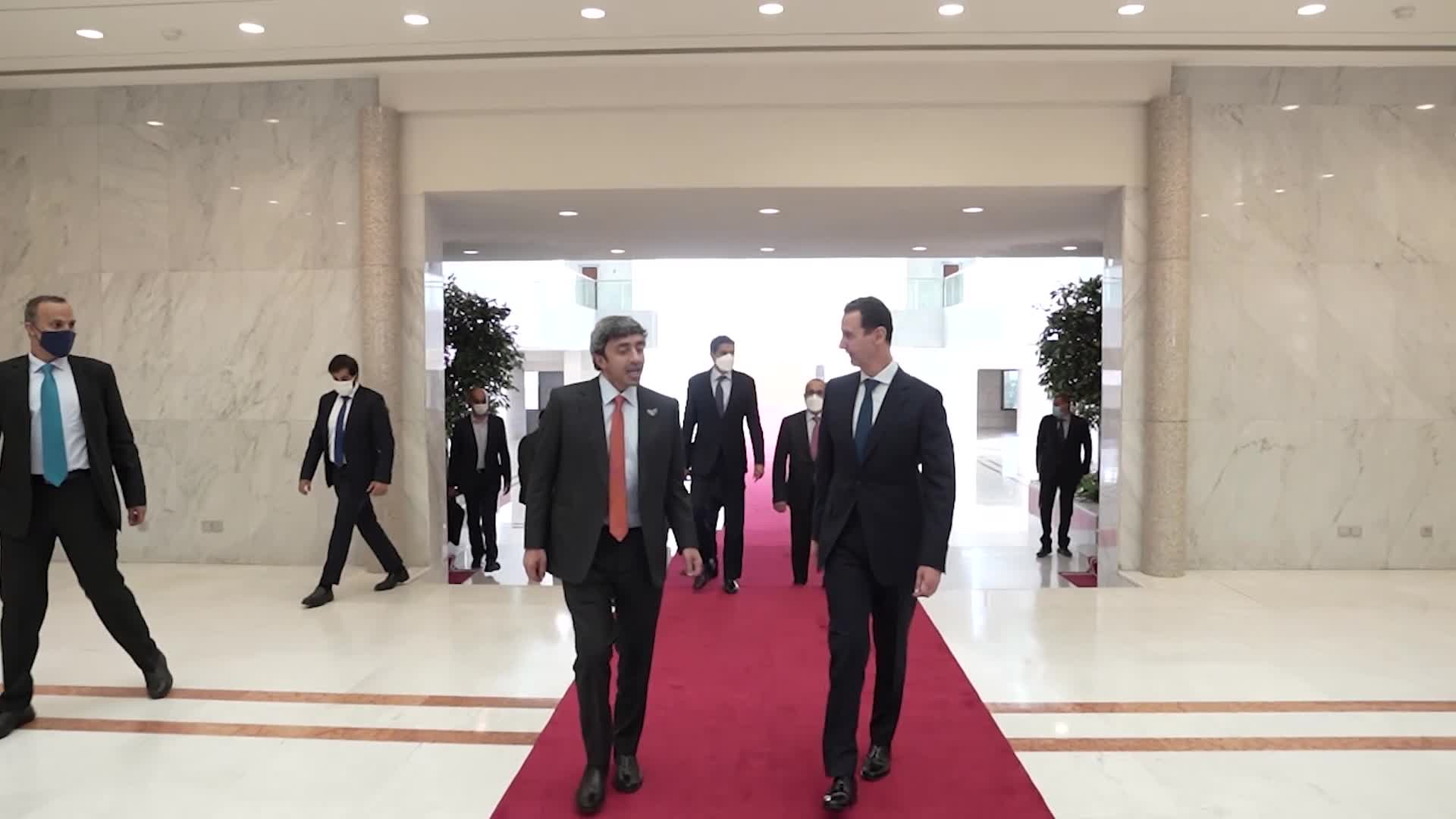 The Foreign Minister was accompanied by Khalifa Shahin, Minister of State at the UAE Foreign Ministry and Ali Mohammad Hammad al-Shamsi, Chairman of Federal Authority for Identity, Citizenship, Customs and Ports Security.

Talks during the meeting dealt with bilateral relations between the two brotherly countries and the development of bilateral cooperation in various fields of common interest, in addition to intensifying the efforts to find new aspects for this cooperation, particularly in vital sectors to boost investment partnerships in these sectors.

The President hailed the objective and correct stances adopted by the UAE, stressing that it has always stood by the Syrian people .

Sheikh Abdullah Al Nahyan, for his part, affirmed the UAE’s support for stability efforts in Syria, considering that what has happened in Syria had affected all the Arab countries.

He stressed that Syria, under the leadership of President al-Assad, and the efforts of its people, is able to overcome the challenges imposed by the war, noting that his country is always ready to offer assistance to the Syrian people.

The discussions also tackled the situations in the Arab and regional areas. The two sides agreed to continue consultation and coordination about different issues and challenges that face the Arab region to achieve aspirations of its people through their will away from any external intervention.