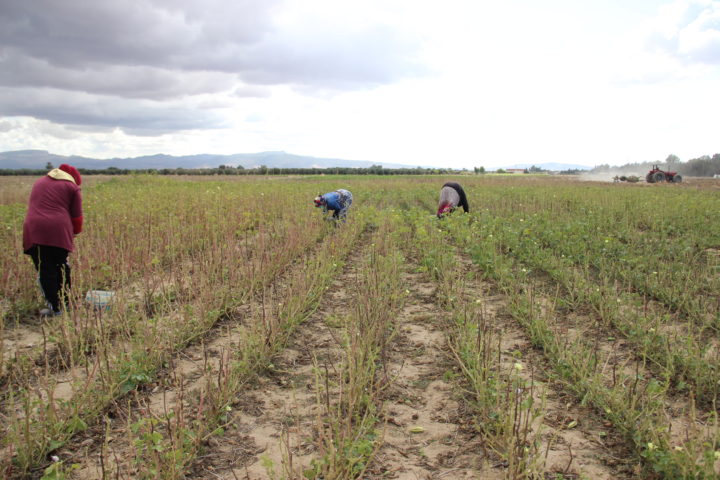 Climate change threatens food security in Tunisia, reads a study on “Climate Change in Tunisia, Realities and Adaptation Options for the Public Services Sector,” published by the Tunisian Forum for Economic and Social Rights (French: FTDES).

Its publication coincides with the UN Conference on Climate Change COP 26 held from November 1 to 12, in Glasgow (Scotland).Thus, “with a decline in conventional water resources estimated at around 28% by 2030 and a decrease in surface water by around 5%, climate change hit food security hard in Tunisia,” said the same survey, which was carried out by Researcher and Coordinator of the Environmental Justice Department of the forum Ines Labiadh.

According to climate projections mentioned in this study, a 50% reduction in the area of ​​tree crops is expected by the end of the century and of 30% for irrigated grain crops by 2030.

The serious reduction in water quantities made available to farmers represents a threat to the good management of crops and “the stable supply of fruit and vegetable markets,” the same source said.

The survey sheds light on the policy of economic openness and growth adopted in the country since independence days and its “significant environmental and climatic costs (soil degradation and impoverishment, lowering of water tables, chemical pollution by pesticides and fertilisers).

It also criticises the water policy of Tunisia “which continues to encourage investments in all sectors with very little vigilance regarding their environmental impacts and their water needs”.

“The sustainability of any economic activity is conditioned by the availability and conservation of natural resources which are water and soil,” the study noted, calling for additional efforts to address crop loss and abandonment of some crops that have become unprofitable due to climate change.