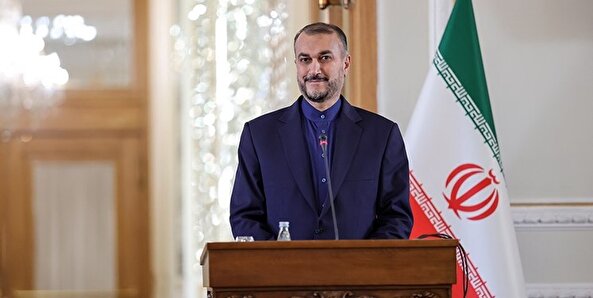 Iran’s Foreign Minister told his French counterpart that Iran wants to reach a good agreement regarding the Vienna talks.

In a telephone conversation on Tuesday, Hossein Amir-Abdollahian and Jean-Yves Le Drian discussed various issues, including bilateral relations and the Vienna talks.

Reiterating the US responsibility in the current situation of the Joint Comprehensive Plan of Action (JCPOA) and the role of the silence of the three European countries in the US avarice, the Iranian foreign minister said “Iran demands a good agreement, but it has requirements, including the return of the other side to its full obligations and the effective lifting of sanctions.”

Referring to the fresh US sanctions against Iran, Amir-Abdollahian called the move a confirmation of Iran’s continuing distrust of the United States and stressed the need to provide assurances and conduct effective verification.

He further called Iran’s defense program a sovereign right of any country, adding “Regardless of the unconstructive behavior of the United States, we will continue to increase Iran’s defense power with might.”

Noting that the International Atomic Energy Agency must avoid politicization, he emphasized continuing Iran’s technical cooperation with the agency.

The French foreign minister also stated that Paris supports the return of all parties to the JCPOA.