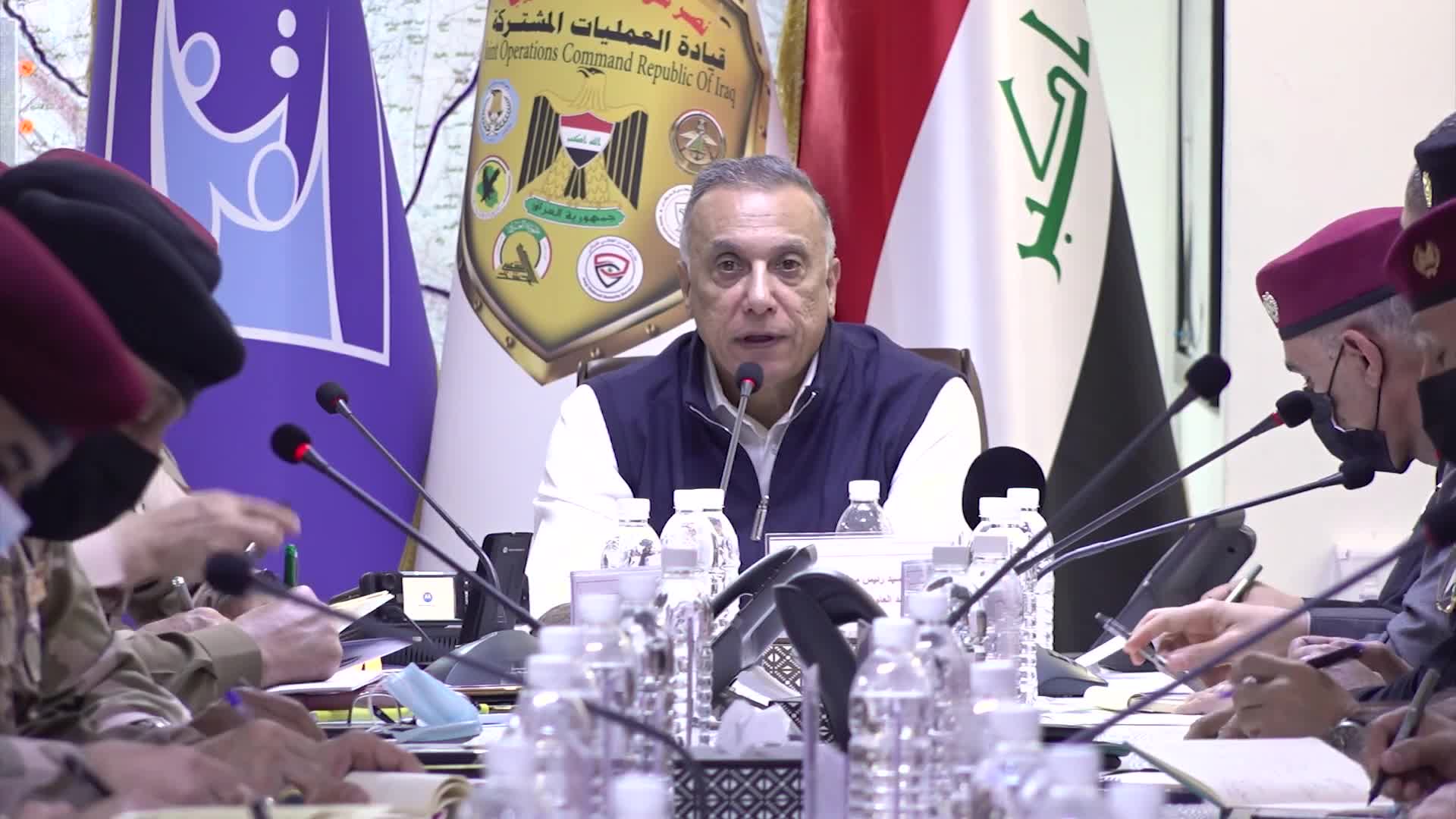 Al-Kadhimi visited the Joint Operations Command, held a meeting with the Supreme Security Committee to protect the elections and was briefed on the progress of the security plan developed for the special voting process that began this morning.

Addressing the Committee, Al-Kadhimi said “You are entrusted with the protection of the electoral process, and I follow up with every smallest details of conducting the elections”, reiterating the importance of broad participation in the elections.

Al-Kadhimi further explained that “The percentage of participation in the special voting is good, starting with the opening of the polling stations until now,” directing ” the security forces not to be subject to any provocations or threats from some sides in order to influence their choices.”

He added “Next Sunday, we will all celebrate the great Iraqi election day , for the sake of the future of Iraqis and the preservation of dignity.”

The statement continued “The Commander-in-Chief of the Armed Forces made joint contact with the sub-committees, listened to their security reports, and issued a number of directives related to prevent any interference and promoting to any candidate, recording violations of all kinds and submitting them to the judiciary”, stressing “the protection of all polling stations and voters.”