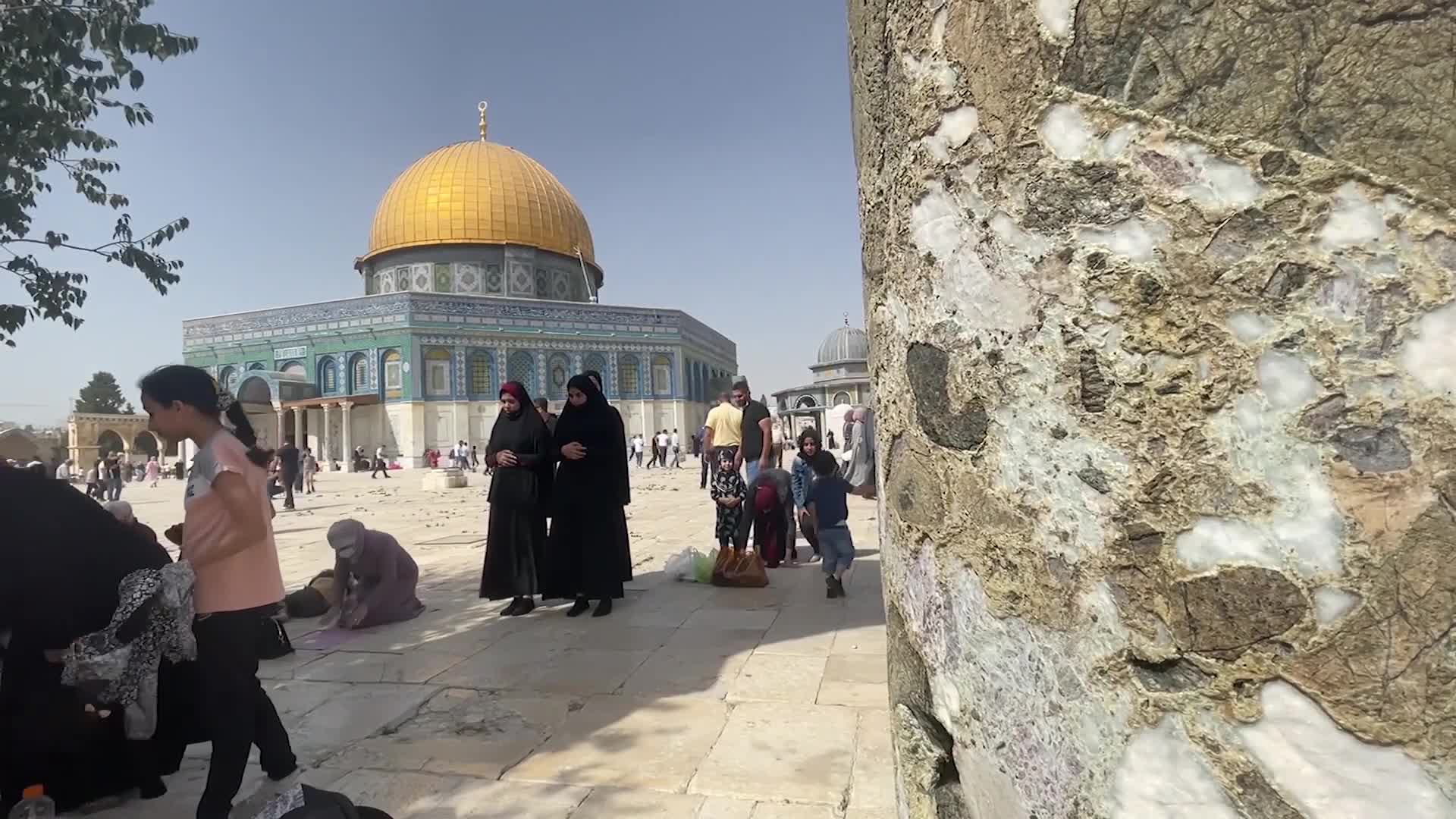 About 50,000 citizens performed Friday prayers in Al-Aqsa Mosque amid strict measures by the Israeli forces.

The Islamic Endowment Department in occupied Jerusalem said that since the morning hours, worshipers flocked on Friday to Al-Aqsa Mosque, amid strict Israeli military measures at its gates.

The Department added that the occupation authorities impeded the access of many citizens to Al-Aqsa, searched them and checked their personal cards.

Local sources reported that Israeli forces detained hundreds of West Bank residents in the Bab Al-Amud area and prevented a number of them from reaching the mosque.