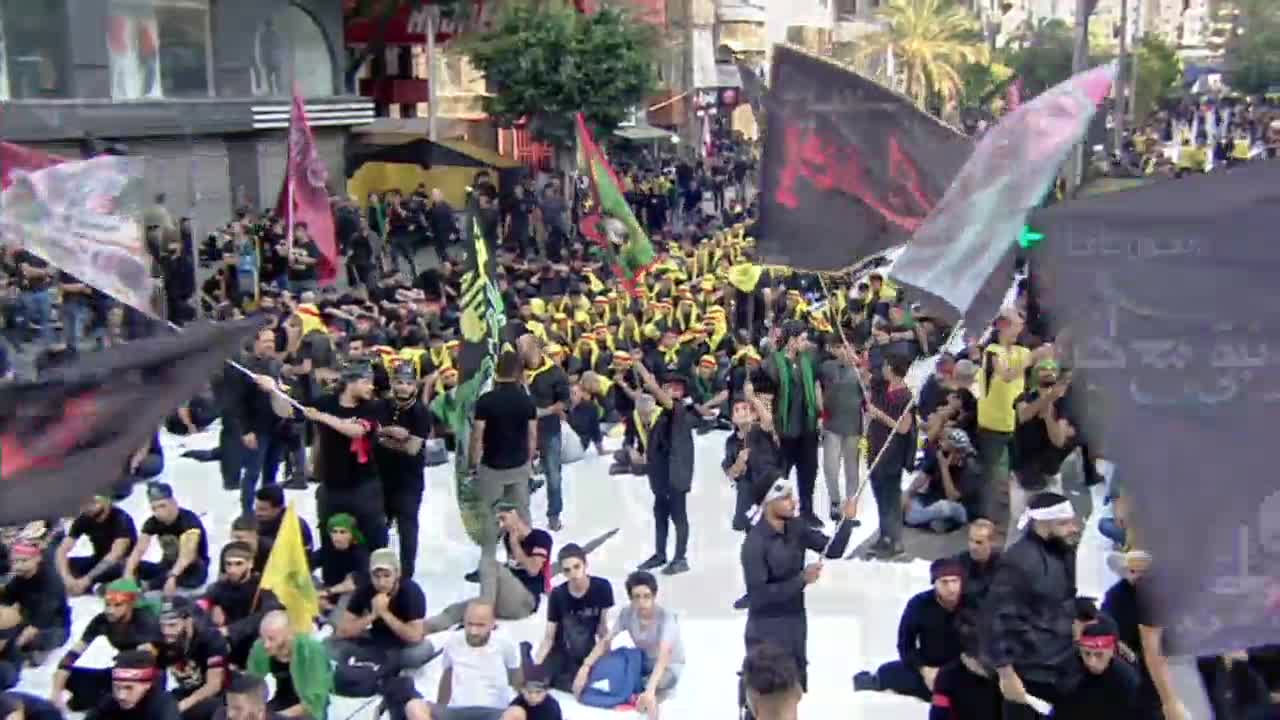 Hezbollah central mourning councils are being held in the southern suburbs of Beirut and the region marking Ashura, the tenth of Muharram.

Hezbollah Secretary-General Sayed Hasan Nasrallah is to deliver a speech at the end of the commemoration.

Marches are held following the mourning council in which men and women take part.

The Day of Ashura- the anniversary of the Battle of Karbala, when the 3rd Shia Imam, Hussein ibn Ali, a grandson of Prophet Muhammad, was martyred by the forces of Ubayd Allah ibn Ziyad – is marked across the world.