Al-Kadhimi Meets Number of MPs and Officials in Nineveh 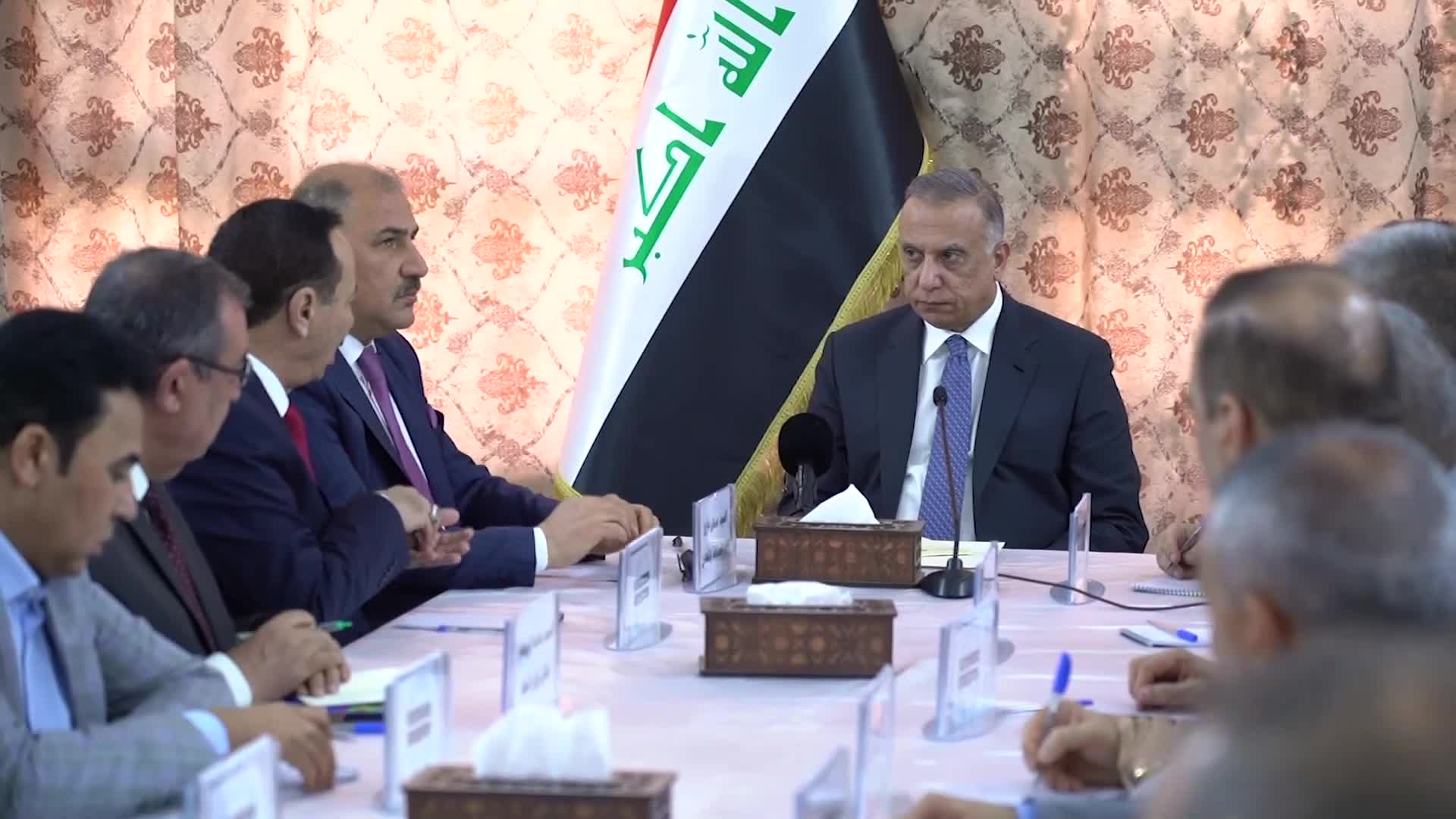 A statement by the Prime Minister’s Media Office said “During the meeting, they reviewed the reality of the Governorate ,its needs in all sectors and searching for ways to work hard to enhance the investment and reconstruction environment in the province, as well as addressing the demands of its people.”

The Prime Minister stressed the “importance of cooperation and integration between the work of the legislative and executive authorities, and the need for high coordination in order to improve performance and meet the aspirations of citizens”.

Al-Kadhimi said, “I am happy today to be with you here in Mosul, the dear city that locates in the hearts of all Iraqis, and the province that we are proud of its cultural and social richness.”

He went on to say “Our people and our children deserve a lot, and they have experienced difficulties, and the time has come to intensify efforts to serve them and remove all obstacles, as many obstacles and problems can be resolved in cooperation and coordination in order to facilitate procedures and speed up work mechanisms.”

Al-Kadhimi further noted that “The current political situation, should not prevent us from working in the service of our people with full force and without any hesitation, Although I call on the political powers to shoulder their national responsibility in resolving the political crisis, I assert that this government is moving forward strongly with its duty, and it will not delay providing services to our people.”

He stated, “We will inaugurate several projects, and we will lay the foundation stone for other projects in the province within the Mosul reconstruction plan, which we set about a year ago.”

Hundreds of Mourners Heading to Karbala Marking the Tenth of Muharram