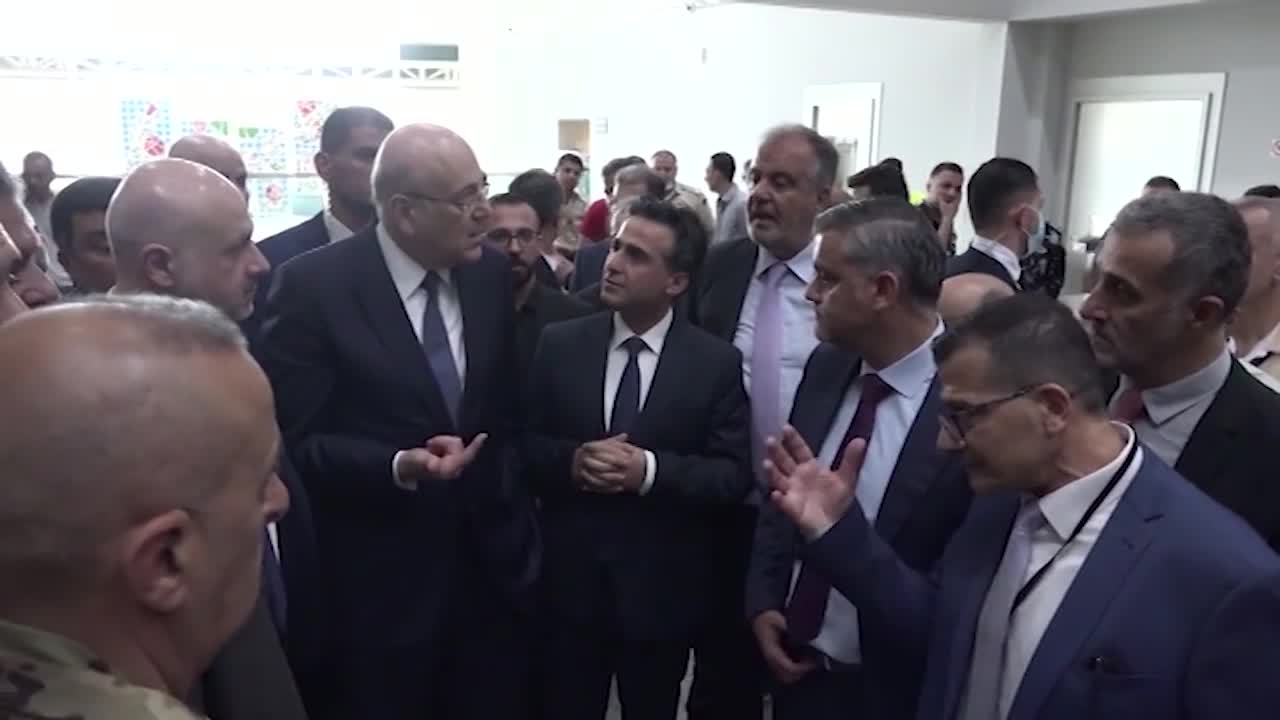 Lebanon’s Caretaker Prime Minister, Najib Mikati, on Wednesday visited Beirut’s Rafic Hariri International Airport where he was briefed on preparations underway prior to a promising tourist season in Lebanon.

Caretaker Minister of Interior and Municipalities, Bassam Mawlawi, accompanied Mikati on his tour.

Speaking at the end of his tour of the airport, Mikati said, “I intended with the concerned Ministers to carry out this tour at the airport to examine the measures and procedures taken, especially those related to public safety.”

He added “During the tour, we noticed that all the measures required at the international level have been taken, and the Caretaker Minister of Public Works and Transport unwaveringly calls for – whether through the Council of Ministers or through the meetings that take place -the basic matters that improve the quality of work at Beirut airport.”

The caretaker Premier went n to say “Despite the difficulties, I am very reassured that the airport is functioning at the required pace and all the facilities are being taken, and we welcome all arrivals. On this occasion, I salute all the workers in the military and security corps for their perseverance in their work at the airport without any hesitation or interruption.”

“I also thank Middle East Airlines, in the person of its president, for doing everything that is needed to secure all requirements in cooperation with the Minister of Public Works. I would also like to thank the municipalities which have cooperated with the Minister of Tourism in terms of reflecting Lebanon’s bright image through the billboards related to tourist attractions in Lebanon.”

In response to a question, Mikati said “What concerns me at the airport is to ensure two basic elements: namely safety and security. His Excellency the Minister and the Director General of Civil Aviation assured us that safety measures are in place despite the need for additional air traffic controllers as soon as possible.”