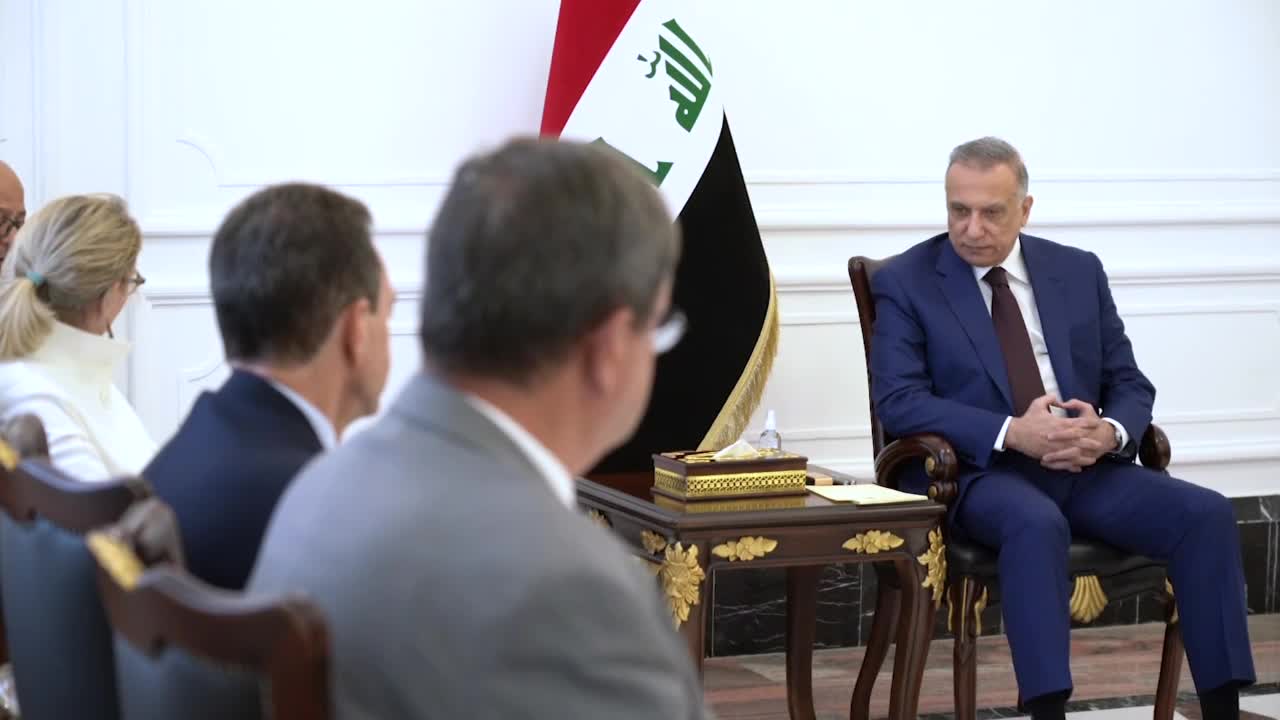 Iraqi Prime Minister Mustafa Al-Kadhimi said on Wednesday that Iraq attaches great importance to partnership with France and seeks to strengthen and develop this partnership at several levels.

AL-kadhimi received on Wednesday the French Senate delegation headed by Nicole Duranton, a member of the Council and head of the Iraqi-French Friendship Group.

Talks focused on strengthening relations between the two countries in various fields, and the Iraqi government’s efforts to launch policies for addressing the effects of climate change in addition to the current plans for economic reform.

The delegation indicated France’s support for these reform trends in the Iraqi economy.

The discussion tackled military and security cooperation and the importance of developing work and cooperation in pursuing the remnants of Deash terrorists.

The president of Senate delegation referred to “the importance of development of the Iraqi-French relations under the current Iraqi government,” stressing “the priority of investing the momentum launched by Baghdad Conference on Partnership and Cooperation, and the need to build on and expand its decisions.”

The French side’s expressed their desire to extend cultural exchange with Iraq, expand teaching of the French language in Iraqi educational institutions, and develop bilateral cooperation in this context.