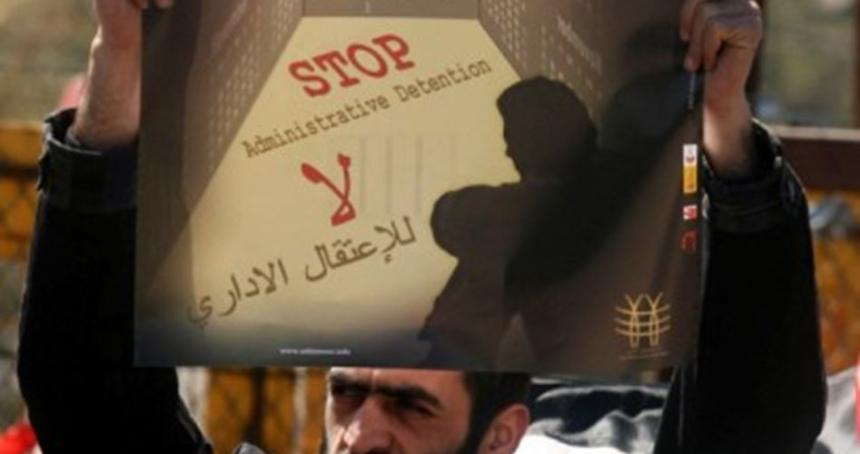 The boycott of the occupation courts creates confusion within the Israeli prisons’ administrations and contributes to informing the foreign delegations that visit those prisons every now and then of the issue of administrative detention, thus highlighting it and conveying it to the world.

The Israeli occupation authorities usually take punitive measures against detainees who boycott their courts; such as deprivation of visitation, and the renewal of administrative detention for them.

The administrative detainees had taken a collective stand at the beginning of this year, represented in declaring a comprehensive and final boycott of all judicial procedures related to administrative detention (judicial review, appeal, supreme).

Administrative detention is detention without charge or trial, and without allowing the detainee or his lawyer to inspect the evidence materials, in clear violation of the provisions of international humanitarian law. Israel is the only government in the world that practices this policy.

The administrative detainee is often subjected to the renewal of the detention period more than once, for three months, six months, or eight; sometimes it may reach a full year and in some cases, it may reach seven years, as in the case of the activist Ali al-Jammal.

In the same context, the two detainees, Khalil Awawda, 40, and Raed Rayan, 28, continue their open hunger strike for the 68th day and the 33rd day respectively, refusing their administrative detention, amid warnings of the deterioration of their health condition.