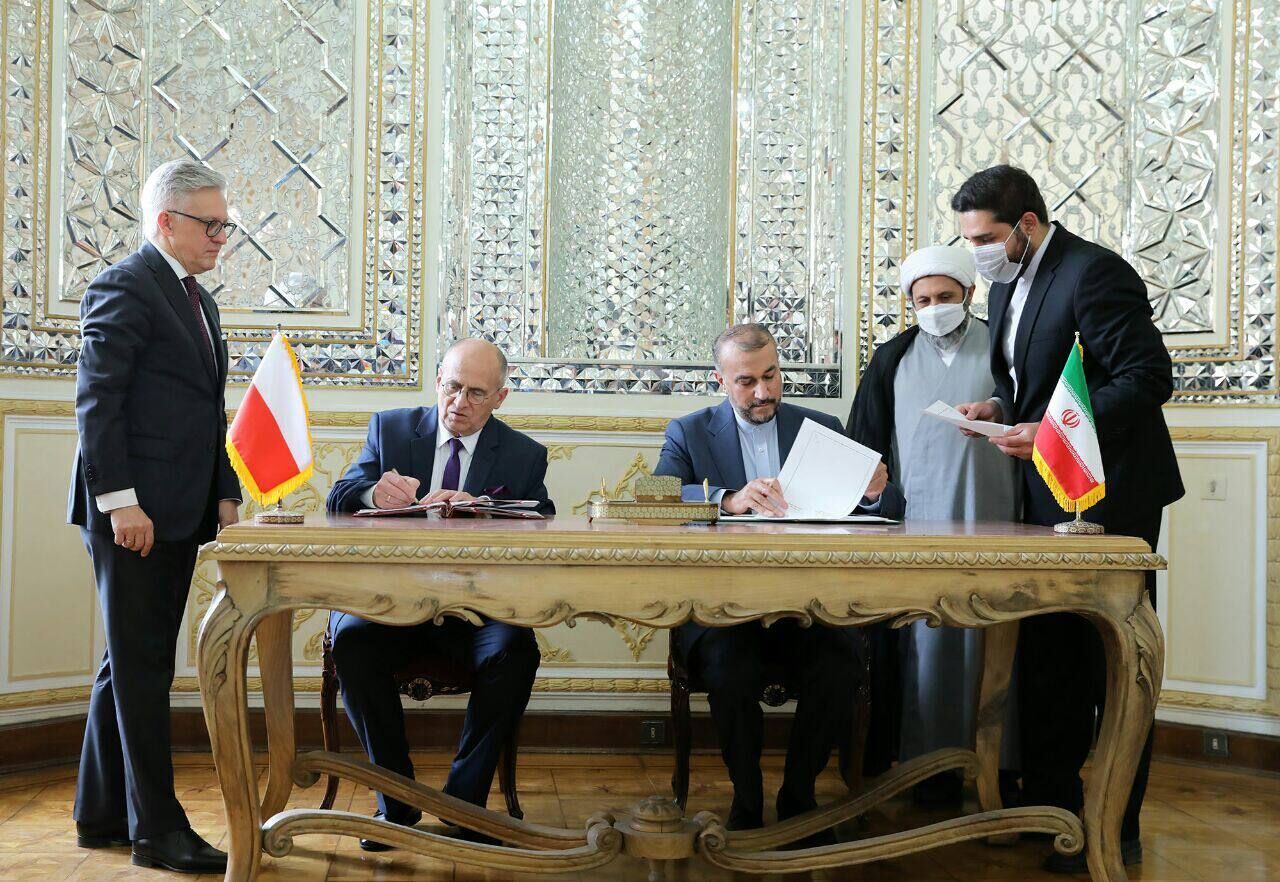 The head of the Islamic Culture and Communication Organization also took part in the signing ceremony.

The Polish foreign minister arrived in Tehran on Sunday night for a three-day visit.

During a press conference after a meeting earlier on Sunday, Amirabdollahian said that Iran and Poland have a long-standing and historical relationship that dates back to 540 years ago, and this is a great asset in the relations between Tehran and Warsaw.

He added that Poland played an important humanitarian role in the Ukraine crisis in recent months, both for the displaced people of Ukraine and on the issue of the immediate transfer of Iranian nationals at the onset of the crisis from different parts of Ukraine to Poland and from there to Iran.

Referring to the great economic potential between Iran and Poland, Amirabdollahian highlighted that in today’s talks, they agreed that the joint political committee of the two states will hold a new round of meetings at the level of political deputies of ministries and general political directors within the next three months.

During the visit of the Polish Foreign Minister, a document on cultural, sports, scientific, youth, and media cooperation will be signed, which is a comprehensive document, the Iranian senior diplomat said.