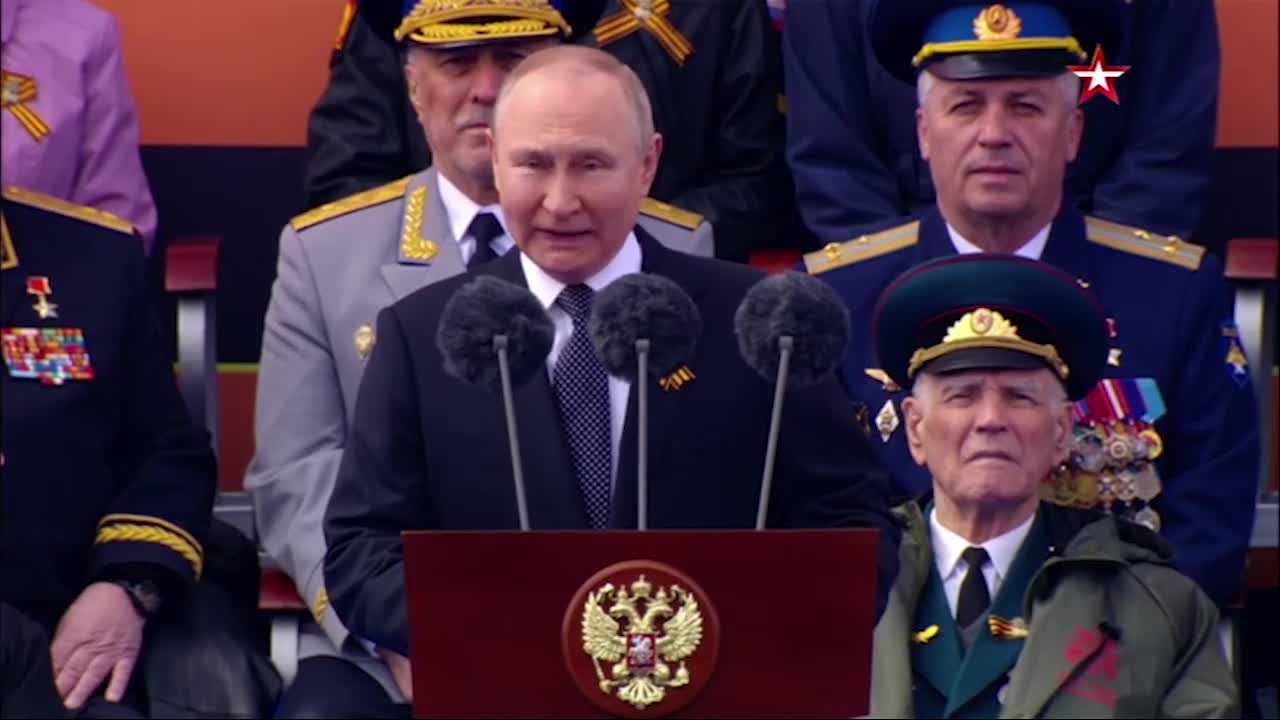 Russian President Vladimir Putin on Monday likened Moscow’s military operation in Ukraine to the Soviet fighting during World War II, saying it was tied to the country’s security.

Putin made the remarks at the annual Victory Day parade on Moscow’s Red Square, marking the anniversary of the Soviet Union’s victory over Nazi Germany in World War II.

The Russian president said the West was “preparing for invasion” of Russia, including Crimea, and the military operation was a preemptive move to ward off aggression.

“NATO is actively pursuing our territory. That is absolutely unacceptable to us. We are talking about neo-Nazis in Ukraine that the US and its partners are working with,” he said.

Putin further said the decision for this “special military operation” was forced on Moscow, calling it the “only correct decision” as Ukraine was receiving the most modern weaponry from the NATO military bloc.

“We heard how Kiev was talking about requiring nuclear weapons,” he said. “We had to do this and it was the only right thing to do,” Putin said of what he has repeatedly dubbed “special military operation”.

He underlined that Russia was fighting for “its people in Donbas” saying Russia “urged Europe to find a fair compromise, but they didn’t want to hear us”.

“You are fighting for your motherland, for its future, so no one will forget the lessons of the Second World War,” Putin told his troops at the impressive parade, before observing a minute of silence.

Around 11,000 soldiers are participating in the parade on Moscow’s Red Square. Military parades also took place in Vladivostok and Novosibirsk.

“Glory to our armed forces, hooray to Russia” troops yelled as they cheered Putin during the parade, as the country’s national anthem played in the background and cannons were fired in celebration.