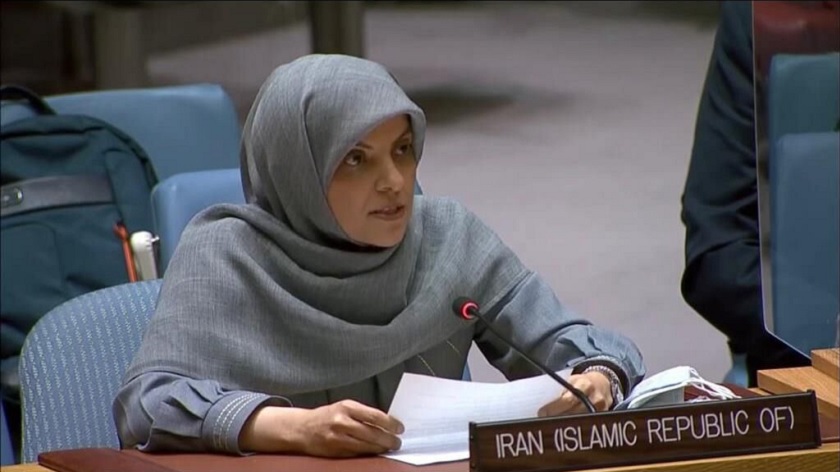 Deputy Permanent Representative of the Islamic Republic of Iran to the United Nations has said that any disruption to the country’s maritime shipping and supply of food, medicine, medical equipment, and goods is illegal.

Zahra Ershadi said “The Islamic Republic of Iran emphasizes on protecting its interests and the establishment of maritime order for all countries under international maritime law.”

“Any disruption of Iran’s Islamic maritime trade and the supply of food, medicine, and medical equipment is illegal, and the outcome of the vicious unilateral sanctions,” she added.

Ershadi went on to say, “Since last year, we have witnessed a new incident, which was an attempt to steal Iranian oil; a dangerous and arrogant policy that we warn against and call on the international community to condemn such illegal actions.”

The Iranian ambassador to the United Nations also warned of any vicious attempts to steal Iranian oil.