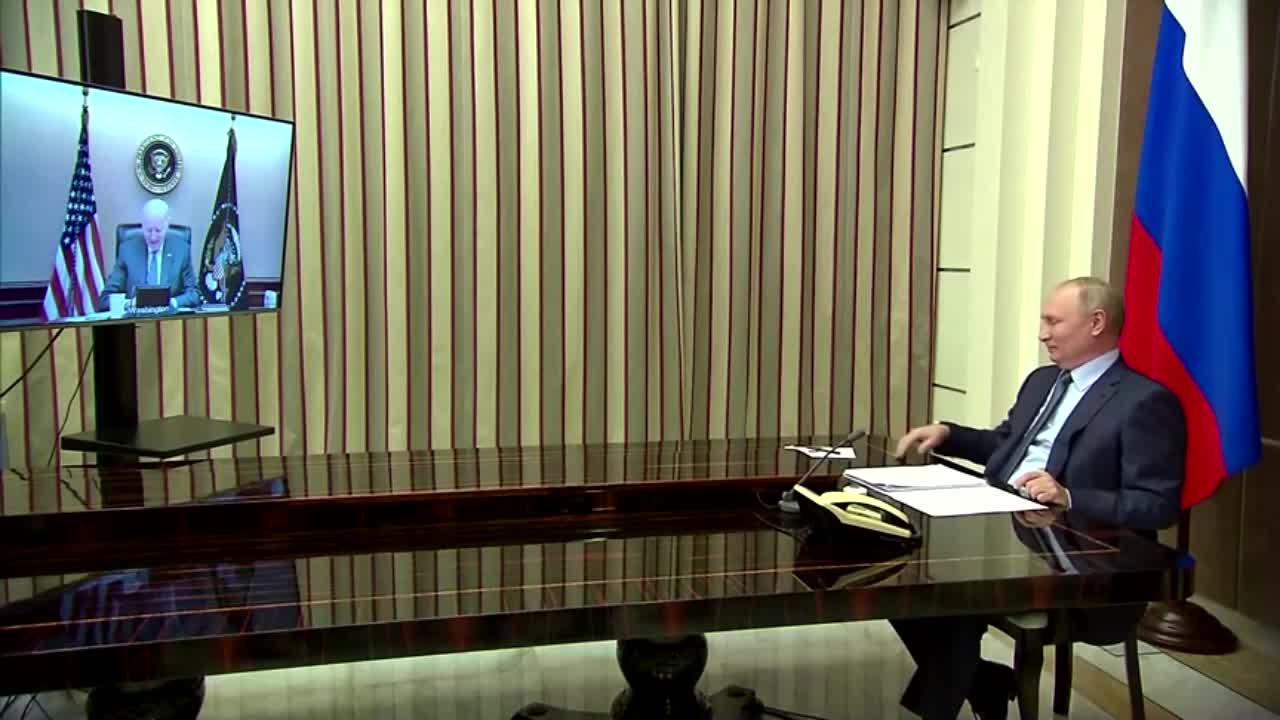 U.S. President Joe Biden warned Russian President Vladimir Putin on Tuesday the West would impose “strong economic and other measures” on Russia if it invades Ukraine, while Putin demanded guarantees NATO would not expand further eastward.

The two leaders held two hours of virtual talks on Ukraine and other disputes in a video call about U.S.-Russian relations, which have sunk to their lowest point since the end of the Cold War more than three decades ago.

The Kremlin, which said before Tuesday’s meeting that it did not expect any breakthrough, has denied harboring any intention to attack Ukraine and has said its troop posture is defensive.

U.S. officials said before the video conference that Biden would tell Putin that Russia and its banks could be hit with the toughest sanctions yet if it attacks Ukraine.

Sanctions, which one source said could target Russia’s biggest banks and Moscow’s ability to convert rubles into dollars and other currencies, are designed to dissuade Putin from using tens of thousands of troops massed near the Ukrainian border to attack its southern neighbor.

“Things we did not do in 2014 we are prepared to do now,” U.S. National Security Adviser Jake Sullivan told reporters after the call, referring to Russia’s annexation of Crimea from Ukraine.

Biden was “direct and straightforward” with Putin, Sullivan said, telling the Russian leader that the United States and European allies would provide additional defensive capabilities to Ukraine, as well as beef up NATO allies in the region.

“There was a lot of give and take, there was no finger-wagging, but the president was crystal clear where the United States stands on all of these issues,” Sullivan said.

The Kremlin said Putin told Biden it was wrong to put all the responsibility on Russia’s shoulders for current tensions.

Moscow has voiced rising irritation over Western military aid to Ukraine, a fellow former Soviet republic that has tilted towards the West since a popular revolt toppled a pro-Russian president in 2014, and what it calls creeping NATO expansion.