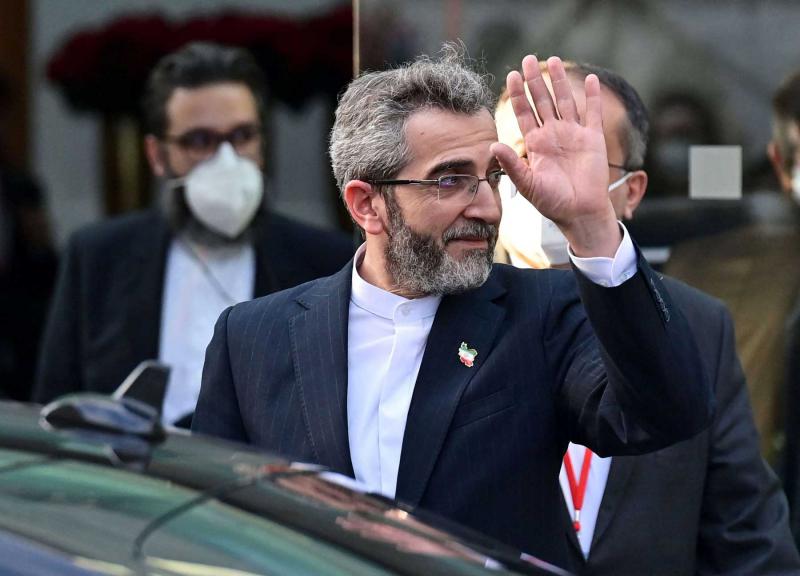 Iranian top nuclear negotiator at Vienna Talks Ali Bagheri Kani stressed that the submitted proposals by Iran could seriously lead the negotiation toward progress in the process of negotiations.

Bagheri Kani, who traveled to Moscow today, described the relations between the Islamic Republic of Iran and Russia in various fields, he said adding that to be able to move the talks forward more rapidly at this stage, he needed to have consultations with the Russian authorities to continue the negotiations in a constructive and forward atmosphere in coming Thursday in Vienna.

He stated that the two draft proposals presented by Iran were not actually new documents, but in six rounds of talks in Vienna, the two sides reached a few texts that they had about two texts of reform and views or places where there were shortcomings in the 2015 agreement, compensated for the defects and included places that needed to be revised and completed.

Dialogue and negotiations are such that the two sides share their views on the table to reach a common conclusion, and the important issue is that this dialogue has the basis in which case it becomes a negotiation, and in fact, this is the path that leads the parties to the agreement, he noted.

Pointing to the submitted revises and proposals on the two final texts which were based on the common principles of the two sides, he underscored that these two proposed texts were not based on unfounded expectations, but based on documents agreed upon by Iran and the G4+1 (France, Britain, Russia, China, and Germany).

Therefore, the other side also acknowledges that each side has the authority to present its proposals and open the way for dialogue and achieving results, Bagheri Kani reiterated.

He went on to say that they had consultations with Russia plus China in various ways in the new round of talks in Vienna.

Earlier today, Bagheri Kani and Russian Deputy Foreign Minister Sergei Ryabkov, in a meeting in Moscow, reviewed the latest developments of nuclear talks between Iran and the G4+1 in the Austrian capital.

The two officials underlined the need for further negotiations and consultations between Tehran and Moscow on different international issues and the upcoming nuclear talks between Iran and the world major powers.

Bagheri’s visit to Moscow is taking place ahead of a new round of nuclear talks in Vienna.

Iran and the G4+1 – France, Britain, Russia, China, and Germany – began a fresh round of negotiations last week which came to an end on December 3. The talks are expected to be resumed within the next few days.