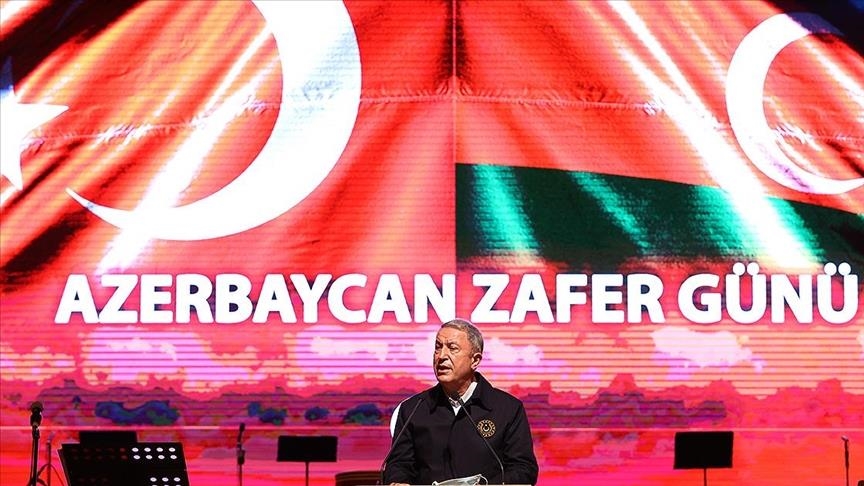 Welcomed by Azerbaijani Defense Minister Zakir Hasanov and other officials in capital Baku, Akar and the officers were taken to Heydar Aliyev Cultural Center in the city to join a ceremony on the occasion of the Victory Day that is celebrated on Nov. 8.

Speaking at the ceremony, Akar said “Victory has been won, but a new struggle has begun to ensure a permanent peace that will bring stability to the Caucasus after many years.”

Azerbaijani President Ilham Aliyev and Turkish President Recep Tayyip Erdogan have displayed an extremely constructive approach to bequeath peace to future generations, and have opened the door to a new era based on stability and cooperation, Akar noted.

“Everyone needs to know that a future cannot be built on grudge and hatred. Armenia should abandon hostility and look to the future,” he said.

Turkey will continue to strive for peace, tranquility, and stability in the region as part of its historical responsibility, the Turkish minister added.