Open Sit-in Near the Green Zone Enters its Fourth Week 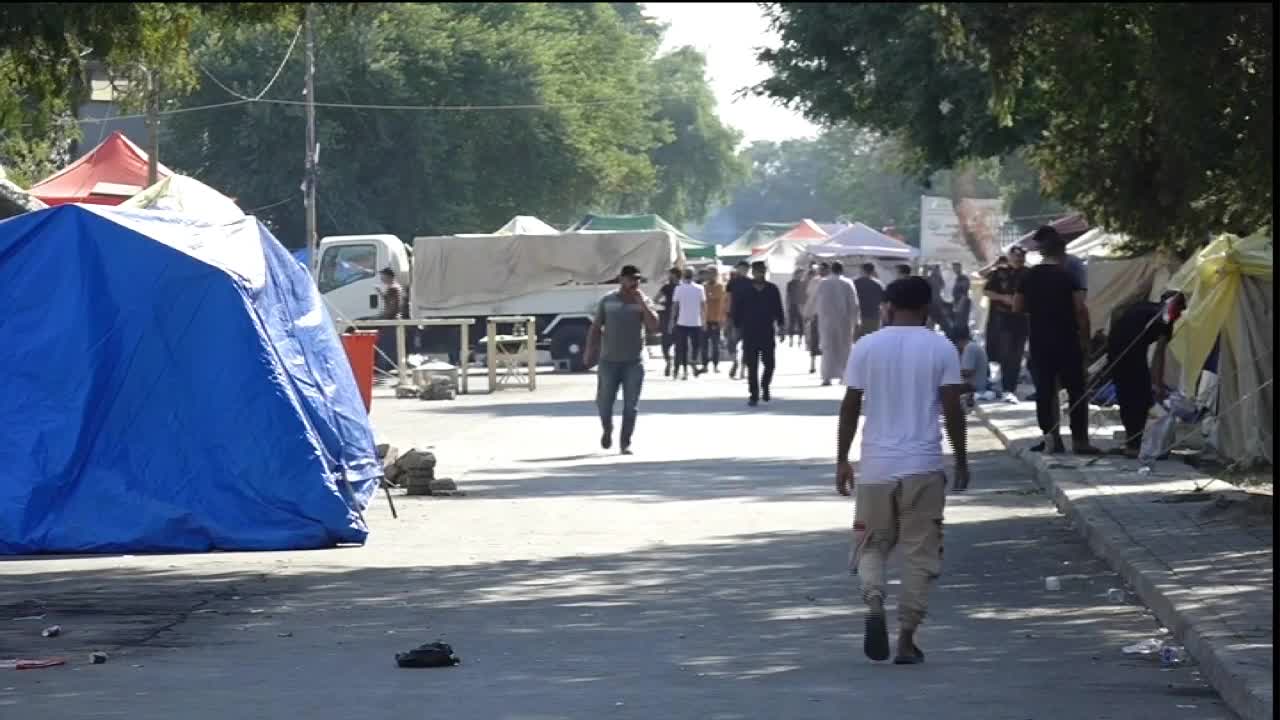 Protests in the Green Zone in Baghdad against the results of the parliamentary elections enters its fourth week, with participants sticking to their demand in manual re-counting of the votes.

Protesters re-pitched their tents near the Green Zone in Baghdad and other cities, despite the bloody events that took place on Friday.

Security forces deployed heavily at the entrance to the Green Zone (the headquarters of embassies and diplomatic missions) to secure peaceful sit-ins.On Friday, three Iraqi citizens were killed and about 100 people were injured in clashes between security forces and protesters in the vicinity of the Green Zone.

The Security Media Cell said in a statement that “the Commander-in-Chief of the Armed Forces, Mustafa Al-Kadhimi, directed a comprehensive investigation into the circumstances of Friday’s events in various areas in the vicinity of the Green Zone, and to present the results of the investigation.

“Al-Kadhimi stressed, according to the statement, that “the strict instructions of the security forces in professional dealing with the demonstrations are valid, and that respect for basic human rights, especially the right to demonstrate and express opinion, is one of the basics that the government has committed to.”

Al-Kadhimi called on the various political parties to calm down and resort to dialogue, while he called on the demonstrators to exercise their legitimate rights by adopting peace and avoiding violence in any form, level and means.