Security Forces Suppress Rally in Manama Against Normalization with Israel 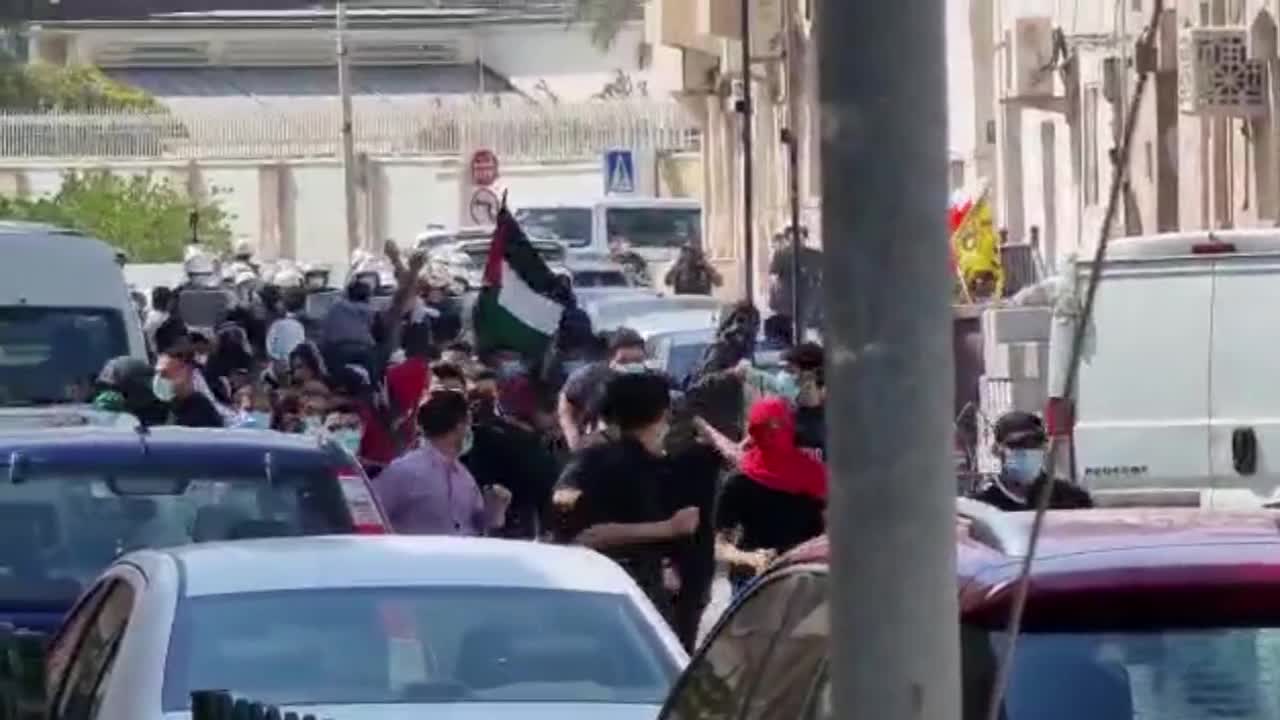 An anti-normalization demonstration took place in the Ras Rumman area heading towards the Israeli embassy, ​​despite massive deployment of the Bahraini security forces.

The participants stressed their absolute rejection of normalizing ties with the Israeli occupation, affirming that such act is considered a great betrayal of the Arab and Islamic interests.

Security forces attacked demonstrators with tear gas grenades and shotguns. It also intensified its deployment in the area as well as its vehicles.