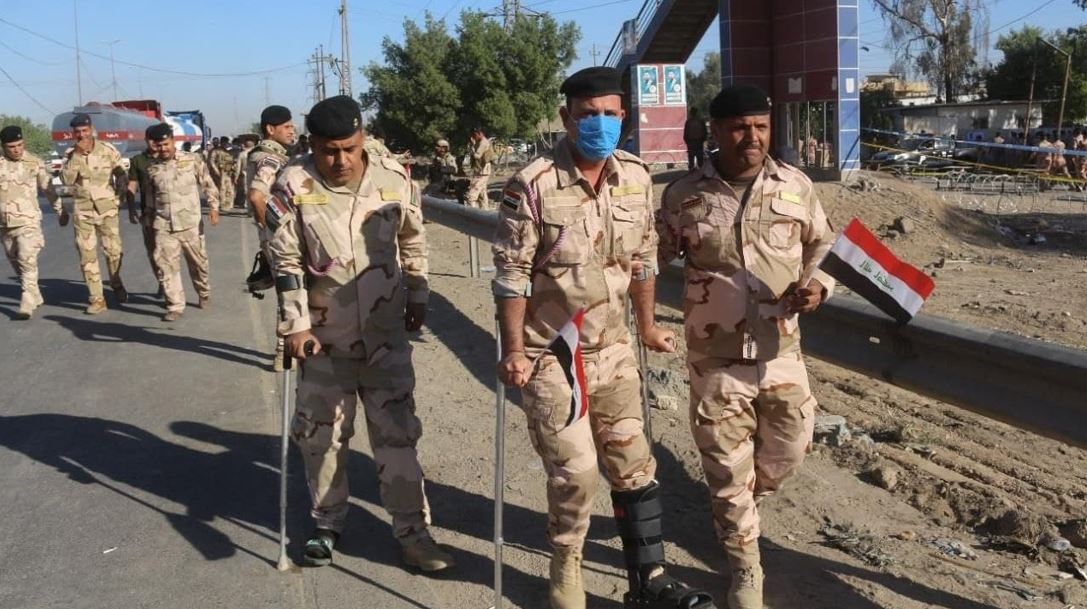 Polling stations opened their doors, today, Friday, for special voting at 07:00 a.m. Baghdad time in the first early parliamentary elections in the country since 2003.

The special voting includes members of the security services, prisoners and internally displaced persons (IDPs), while the general poll will take place next Sunday throughout Iraq, in which 3,249 candidates, 21 coalitions, and 109 parties are competing.

However, the general poll will take place on Sunday throughout Iraq, in which 3,249 candidates, 21 coalitions, and 109 parties are competing.

The Independent High Electoral Commission announced its readiness for the polling day after conducting a number of successful simulations, while Prime Minister Mustafa Al-Kadhimi issued a number of directives to the Supreme Security Committee for the elections.

“In a subsequent circular to the circular issued on 10/4/2021 regarding the formation of judicial committees to receive complaints and reports on crimes committed on Election Day, the courts of inquiry are assigned in all courts to carry out the tasks of these committees on the day of the special voting on Friday 10/8/2021,” a statement of the SJC said.

The Security Media Cell announced on Friday that the security services are flocking to the polling stations.

“Since the first hour of October 8th, the heroes of the security services of all kinds have flocked to the polling stations to actively participate in the voting of the security forces.” The Security Media Cell said in a statement.

The statement added “This came amid a high-level professional organizing to this this electoral process in all the provinces of Iraq.”

The Security Media Cell also announced on Friday the participation of the Air Forces in securing the special voting process.

“The Air Forces, the protectors of the skies of the homeland, are participating in the implementation of the security plan by securing the parliamentary elections in the vote of the security forces, through aerial reconnaissance,” SMC said in a statement.

The number of military voters is 1,727,595 voters. Polling takes place in centers, include 2548 stations distributed among the provinces. The number of IDPs entitled to vote is 120,126 in 86 electoral centers.

October elections are supervised by 715 international observers who are deployed in all the polling stations. 600 prisoners are eligible to participate in the special voting.