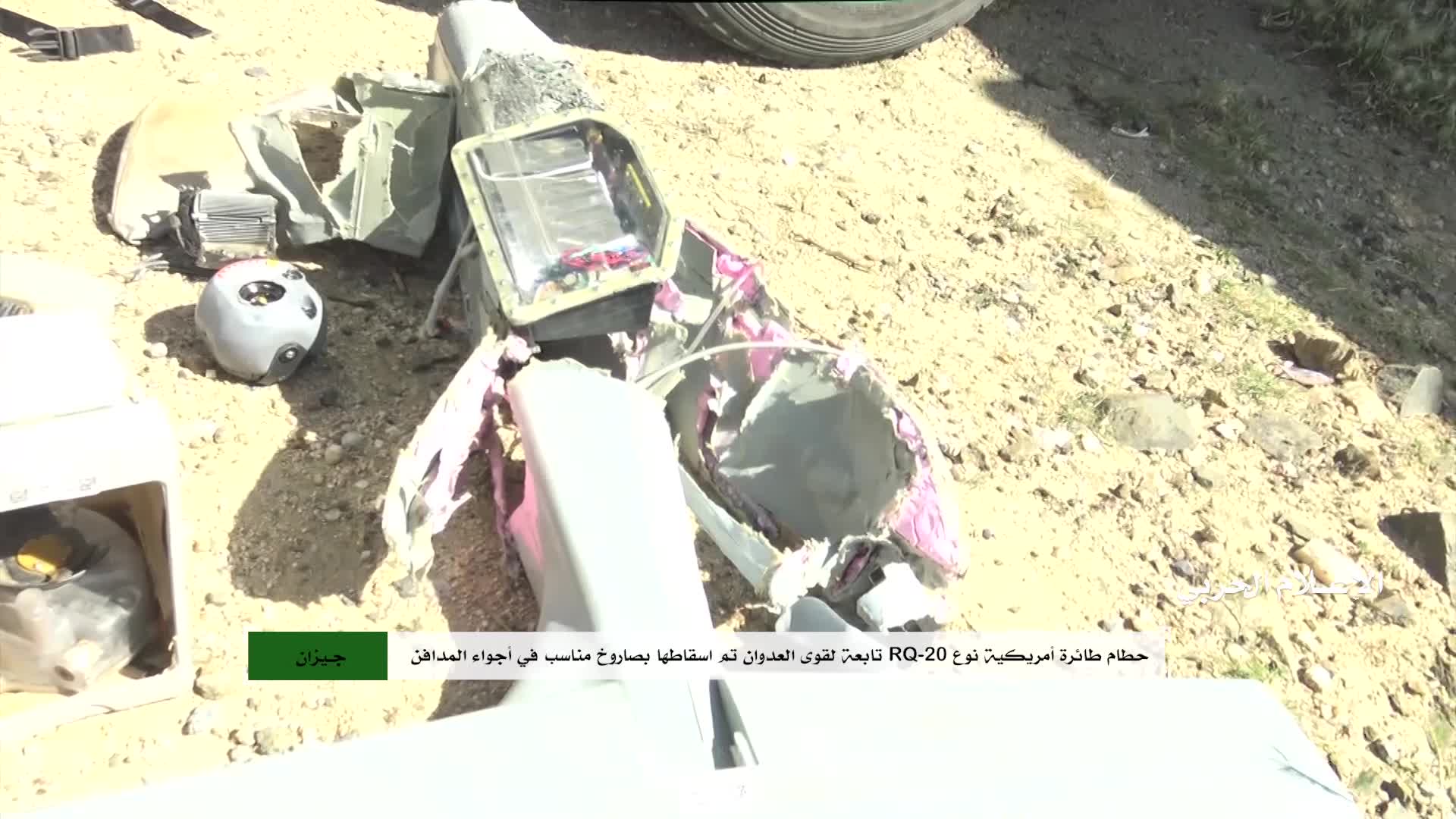 A spokesman for Yemeni Armed Forces said that Yemeni Army shot down a US spy drone on Jizan Front in Saudi Arabia on Thursday.

Yemeni Armed Forces Spokesman Yahya Saree stressed that the Yemeni army has shot down the spy drone on the Jizan front, adding that the shot down spy drone was of the RQ-20 type.

He added that Yemeni army also shot down a Saudi-led reconnaissance drone in Yemen’s Ma’rib province on Wednesday.