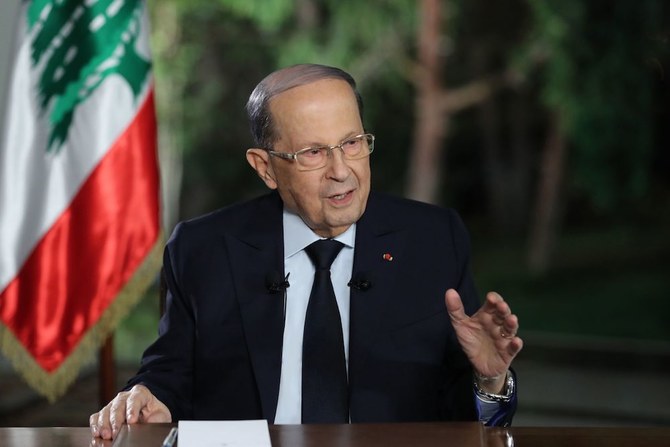 Lebanese President Michel Aoun said the Southern maritime border demarcations will end soon, stressing that the solution will be in the interest of Lebanon and will satisfy everyone.

“We are on the verge of understanding with the Americans who are mediating between Lebanon and Israel.” Aoun told local media on Thursday.

Elsewhere in his remarks, the president referred to the recent visit of Lebanese Minister of Energy and Water to Egypt and Iraq and said it was positive in the matters he discussed about the use of gas and oil to provide Lebanon with more hours of electricity supply.

Lebanese Minister of Energy and Water Walid Fayyad has met this week the Executive Managing Director of EGAS, Dr. Eng. Magdy Galal, who was representing Tarek Al-Mala, the Egyptian Minister of Petroleum and Mineral Resources.

During the meeting, Fayyad and Galal discussed Plans to transfer Egyptian gas to Lebanon in conformity with the World Bank’s terms of financing.

Fayyad briefed the Egyptian side on the latest developments in Lebanon. This includes the requirements set by the World Bank to increase tariffs in synchrony with the arrival of gas.

The two sides discussed mechanisms for developing areas of joint work between the governments of the two brotherly countries and ways to strengthen cooperation ties to serve the interests of the two peoples.