Ayatollah Khamenei: US hit from where it did not expect 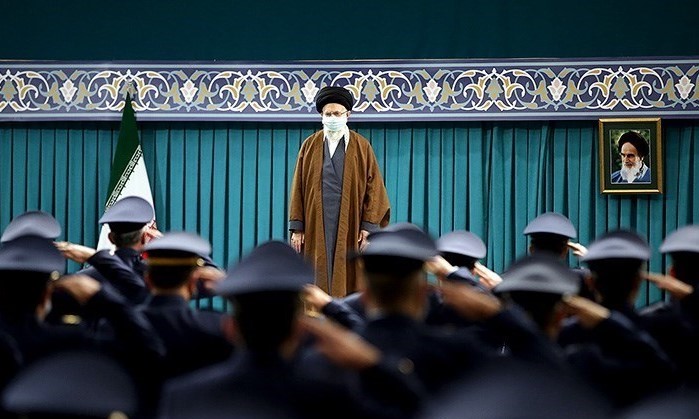 Leader of the Islamic Revolution Ayatollah Ali Khamenei said the US is currently being hit from where it has never calculated, noting that the previous and incumbent US presidents have disgraced their country more than before.

Ayatollah Khamenei made his remark in an address to a number of the commanders and staff of the Army Air Force on Tuesday.

The meeting was held in accordance with health protocols in the Imam Khomeini Hussainiyyah in Tehran.

“The US is receiving a blow from a place it never expected. Today the two US presidents -the former and the current president- have joined hands to ruin whatever was left of the US reputation, and they’re doing it. They are weakening the US, and this will continue,” he added.

Ayatollah Khamenei continued “Whenever the camp of truth enters the field to confront the camp of falsehood, the enemy makes miscalculations despite all its superficial, hollow power and splendor. The Army Air Force’s blow to the decaying body of the Pahlavi regime on February 8, 1979, was an example of this.”

“In the face of such joint aggression, we cannot constantly remain in a defensive position and must mount an intensive and vigorous campaign in various fields, including media, security and economics in response.”

Ayatollah Khamenei further noted that Iran continues to make dramatic progress despite various plots hatched by the enemies, predicting a bright future for the Iranian nation.

He also dismissed Western claims of advocating freedom of expression, and lambasted media dictatorship as one of the different forms of Western dictatorship.