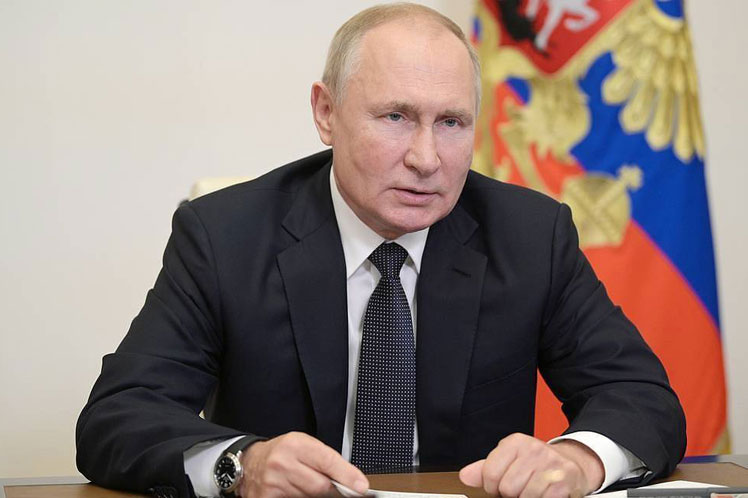 “Back in the day, when Mr. Poroshenko was a President of Ukraine, I told him that, should he face any difficulties in the future, Russia is ready to provide him with political shelter,” Putin said during a press conference with French leader Emmanuel Macron.

“Poroshenko was quite ironic on this matter back then.” Putin said, adding “But today, I would like to reaffirm my offers, despite our serious disagreements on this issue, on the issue of settlement in Donbass.”

“I believe that [Poroshenko] made a lot of mistakes, but his persecution as a state criminal, in my opinion, is an excessive ‘aspiration for success’ of the current leadership,” Putin said. “We are ready to provide shelter to people like Poroshenko.”

According to Putin, Poroshenko is being accused of treason. “They suggest that he signed the Minsk Agreements. Yes, he did, so what? The entire country accepted it,” Putin said, adding that the Package of Measures on implementation of the Minsk Agreements was approved by the UN Security Council.

The Russian president went on to say “he knew that this would happen” adding “and happen it did: here, please, he is under investigation there right now”.