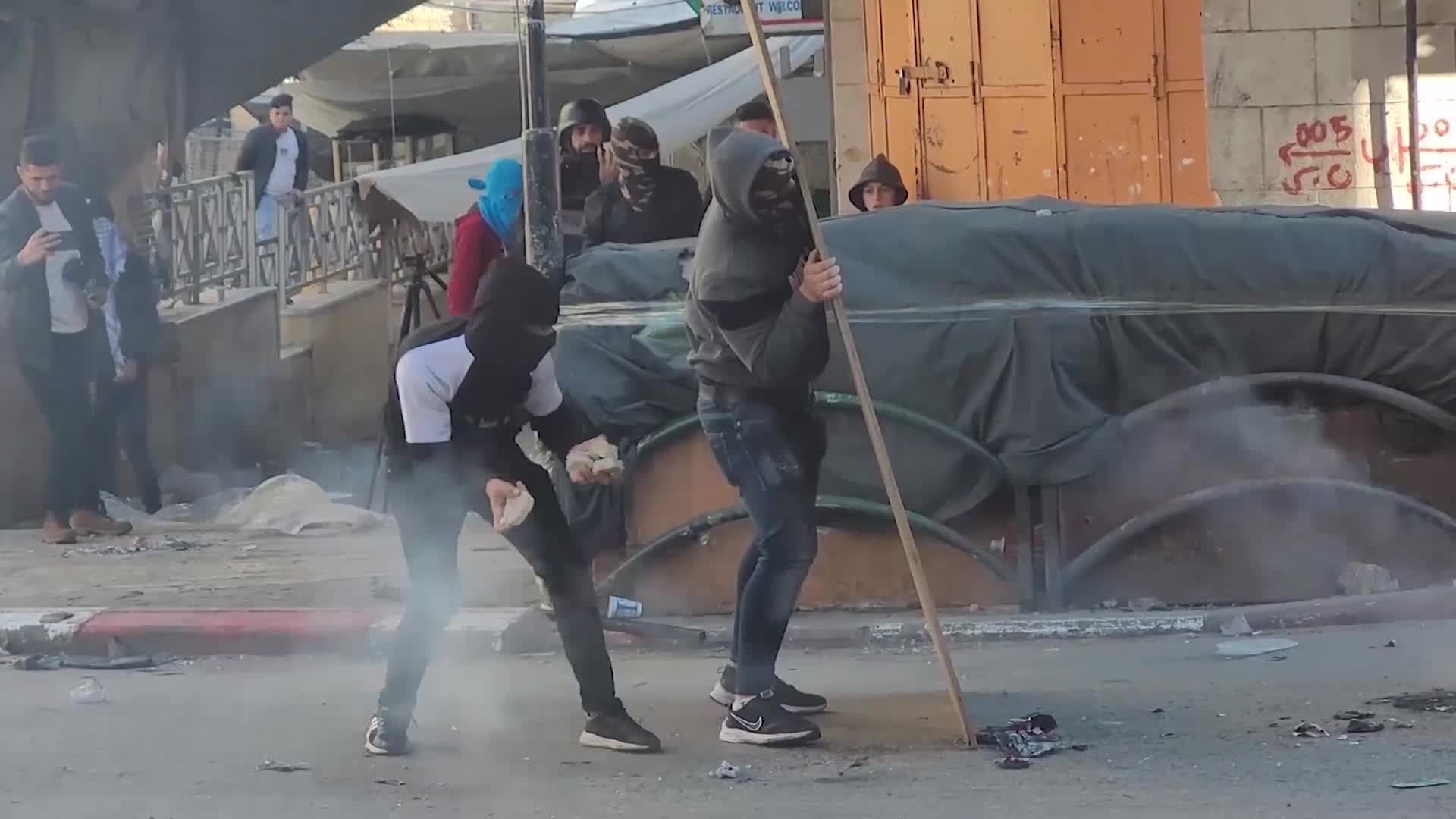 Tens of Palestinians were injured by Israeli occupation soldiers and others sustained suffocation from teargas during clashes in the neighborhood of Bab al-Zawiya in Hebron, south of the occupied West Bank.

The wounded were moved to hospital for medical treatment.

In Kafr Qaddum and Beit Dajan also, at least 17 Palestinians were injured by the Israeli army during the weekly protests against colonial Israeli settlement activities in the village.