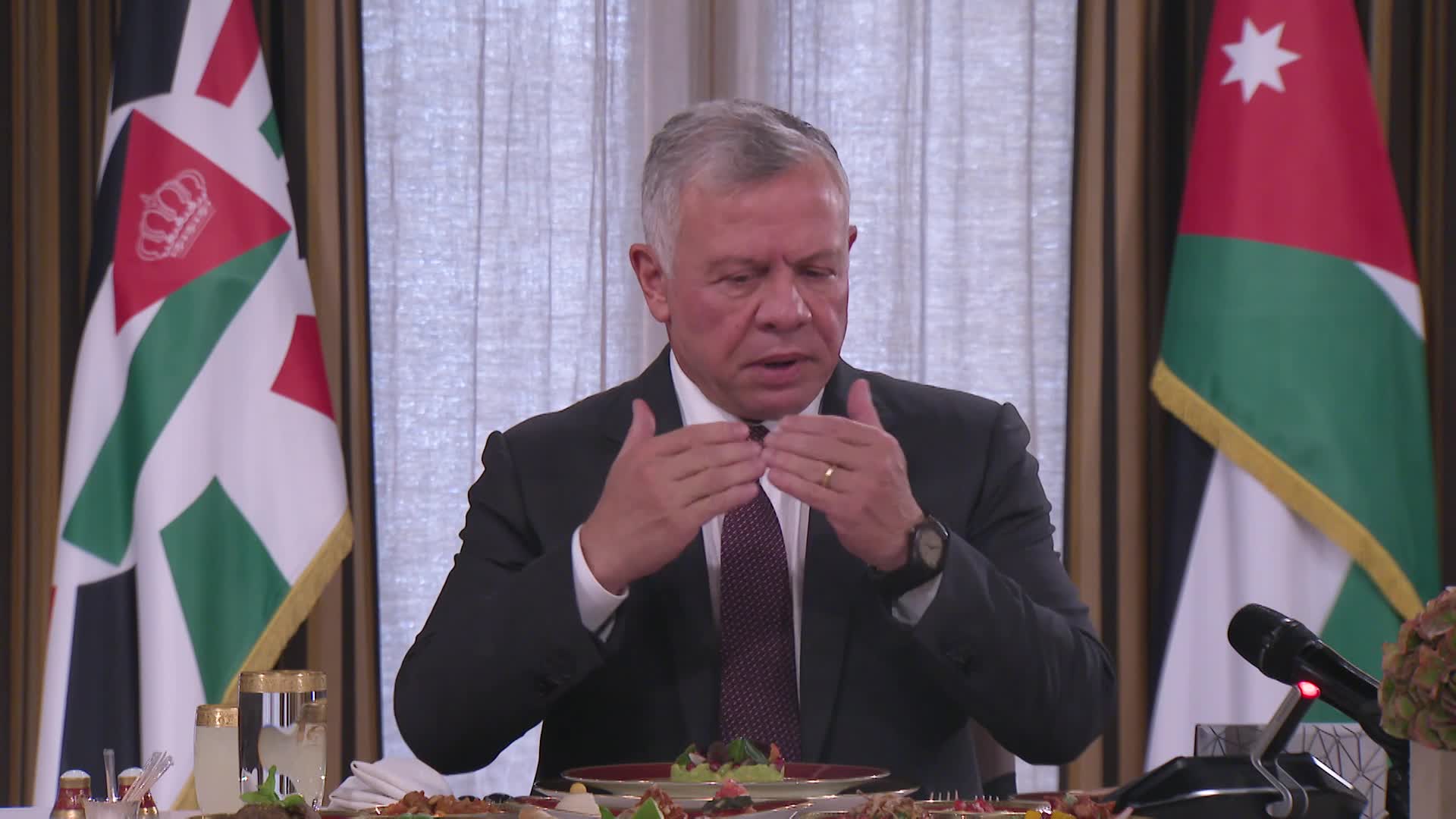 King Abdullah of Jordan stressed that political reform is moving forward after the release of the outcomes of the Royal Committee to Modernise the Political System, noting that the next stage is important to translate these recommendations into legislation and platform-based political party action.

During a meeting on Wednesday at Al Husseiniya Palace with former prime ministers and ministers, King Abdullah noted the importance of everyone’s engagement, including political parties, in moving forward with political mondernisation.

Reiterating that administrative reform is key to moving forward in economic reform, he also touched upon various domestic, regional, and international topics, and highlighted regional and international support for Jordan.

The King stressed Jordan’s steadfast position on the Palestinian cause and its support for the Palestinian people, noting that the Kingdom will continue working to safeguard Islamic and Christian holy sites in Jerusalem, under the Hashemite Custodianship.

Noting Jordan’s coordination with Iraq and Egypt and its relations with other regional partners, King Abdullah said these ties will help bring benefits to the economy.

For their part, the attendees stressed the importance of the King’s vision in moving forward simultaneously on the political, administrative, and economic reform tracks, and advancing political modernisation after the conclusion of the committee’s work.

They stressed the importance of combating drugs and countering their smuggling across the border, calling also for continuing efforts to develop and support the education sector.

They commended the king’s steadfast position on the Palestinian cause and noted the importance of the Hashemite Custodianship.