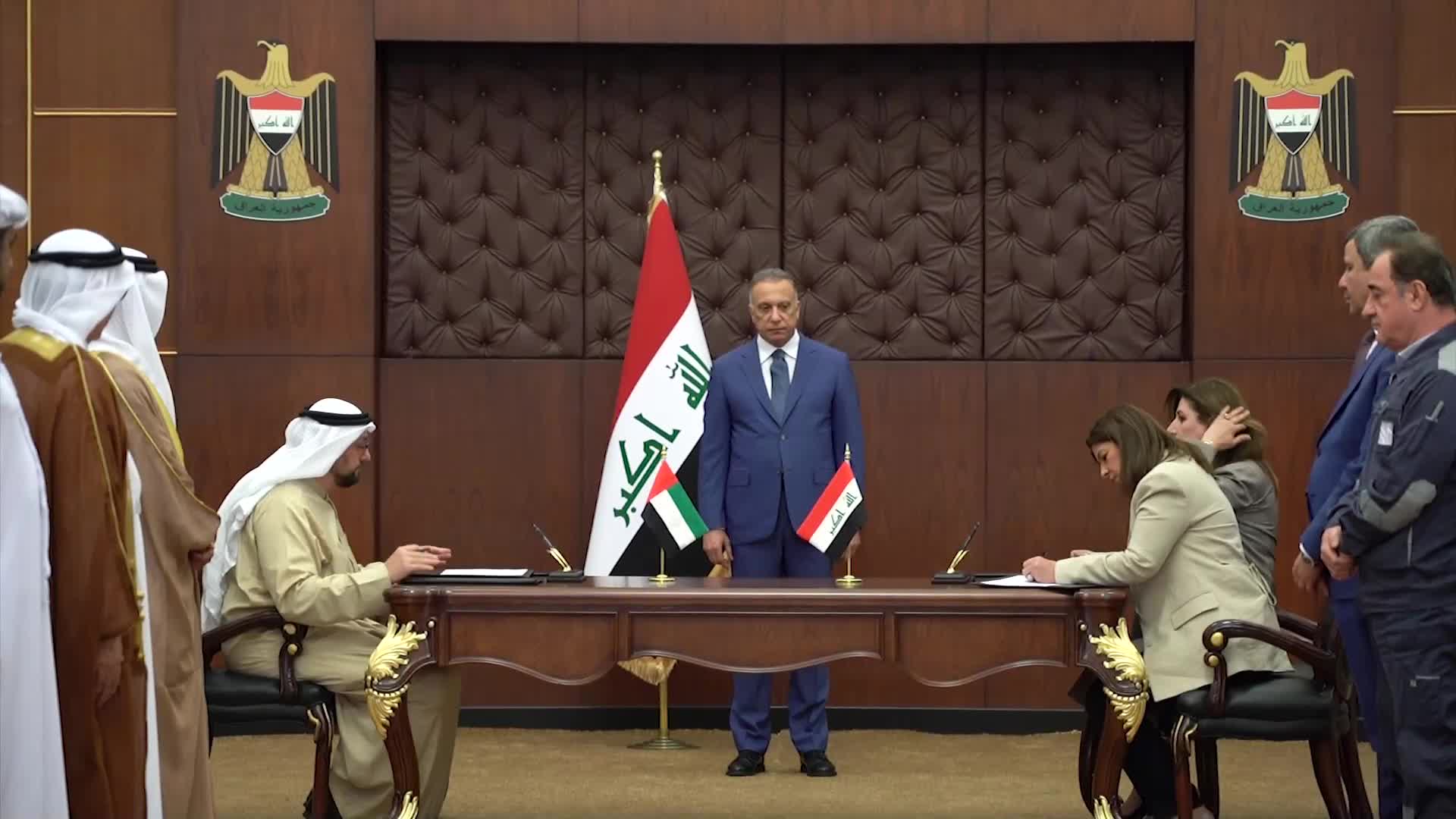 A statement issued by the Prime Minister’s Office said “This step is the first practical stage taken by the government to rely on alternative, clean and renewable energies in the production of electrical energy, and to meet Iraq’s energy needs.”

The signing event was attended by Minister of Energy and Infrastructure Suhail bin Mohammed Al Mazrouei and the Executive Director of the Abu Dhabi Company Future Energy (Masdar) Muhammad Jamil Al-Ramahi from the Emirates side, while the Iraqi side was represented by the head of the National Investment Authority, Suha Daoud Najjar, and the Director General of the Investments and Contracts Department at the Ministry of Electricity Maha Hammoudi.