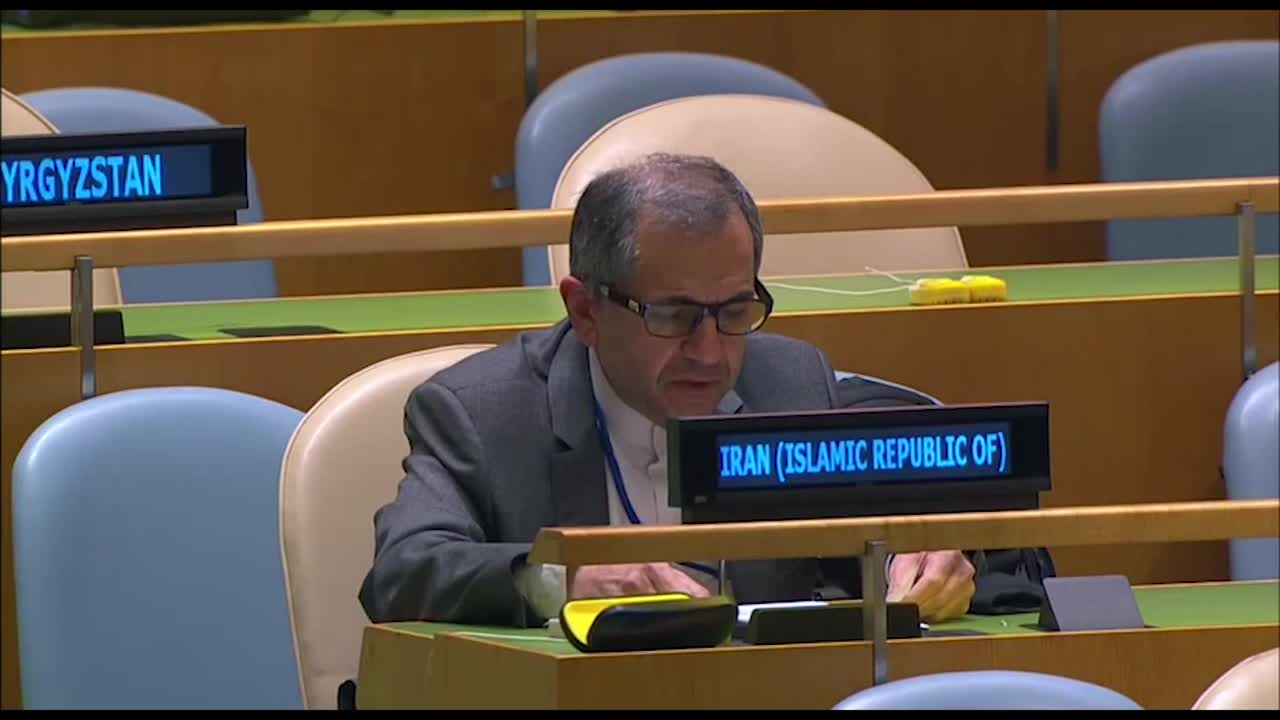 “In our region, the US stance and that of the Israeli regime on the Middle East free zone of nuclear weapons, initiated by Iran in 1974, have prevented the establishment of such a zone,” Takht Ravanchi told a UN General Assembly meeting on Wednesday.

The envoy was referring to the Israeli regime’s ongoing acquisition of weapons of mass destruction, a process that has provided it with hundreds of nuclear warheads.

“The Israeli regime possesses all types of weapons of mass destruction and threatens to use them against the regional countries,” Takht Ravanchi said.

“This regime must be forced to join all related instruments, including the NPT (nuclear Non-Proliferation Treaty), without any precondition while accepting the comprehensive safeguards of the IAEA,” he added.

The ambassador then turned to the issue of the Joint Comprehensive Plan of Action (JCPOA), the official name for the 2015 nuclear agreement that was clinched between the Islamic Republic and world countries.