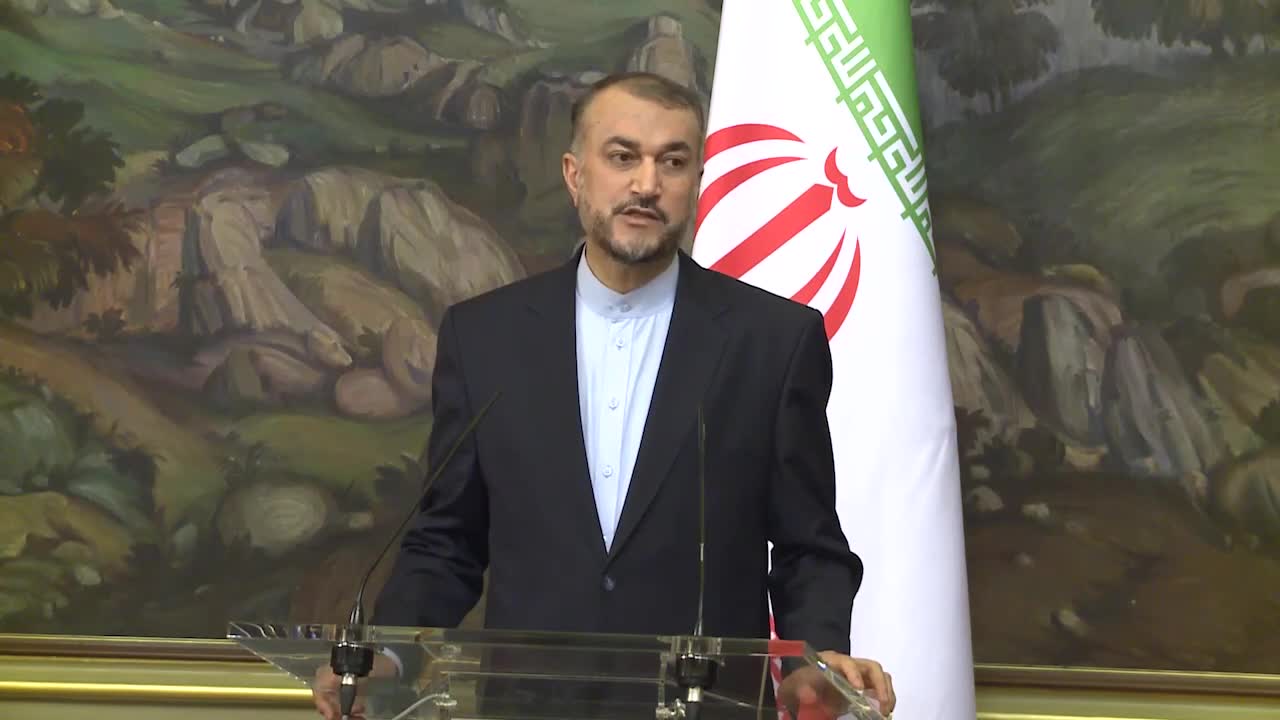 Amirabdollahian, who was on a visit to Moscow before heading to Lebanon, made the remarks in a joint press conference with his Russian counterpart Sergei Lavrov after a meeting earlier in the day.

He said that Iran and Russia have the same viewpoints about regional developments.

The foreign minister urged Russia to ease COVID-19 restrictions for Iranian traders, noting that more than 70 percent of the Iranian population has been vaccinated and there is no more need for prohibiting travels to or from Iran.

“Our stances on the Palestinian issue are clear and we will not tolerate Israeli movements,” Amirabdollahian said.

“We have common views on the Syrian issue,” he said, noting that both Tehran and Moscow seek a political settlement to the issue.

Commenting on Iran’s recent military drills near the Azerbaijani border, the foreign minister said that the Azerbaijan Republic has staged six shared drills with some foreign parties while Iran has staged only one.

Noting that Iran is seriously concerned about the presence of Israel in the Caucasus region, Amirabdollahian said that Iran will not tolerate any change in the map of the region.

The foreign minister stressed that Iran will participate in the Moscow format consultations on Afghanistan due to be hosted by Russia.