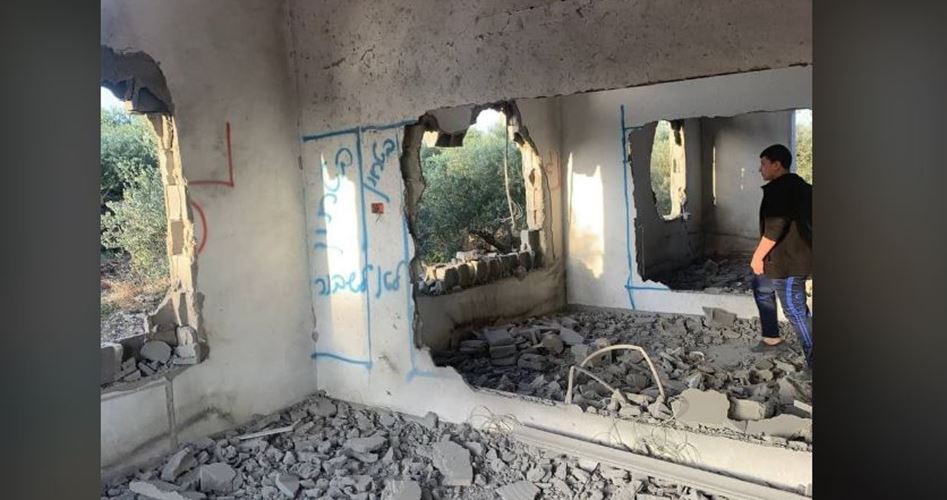 Israeli occupation forces demolished at dawn Saturday the family house of the prisoner Omar Jaradat, who was convicted of being responsible for Homesh attack last December.

All entrances to the town were closed, while neighboring buildings were turned into military barracks. IOF soldiers later stormed the house and blew it up.

Violent clashes broke out in the town amid heavy firing of live ammunition and teargas bombs by the soldiers at the citizens who were protesting the demolition.

The Israeli Supreme Court had earlier approved the decision to demolish Omar Jaradat’s house over claims of being involved in Homesh attack in mid-December last year.