Interior Minister: All roots of terror knife attack in Mashhad to be identified 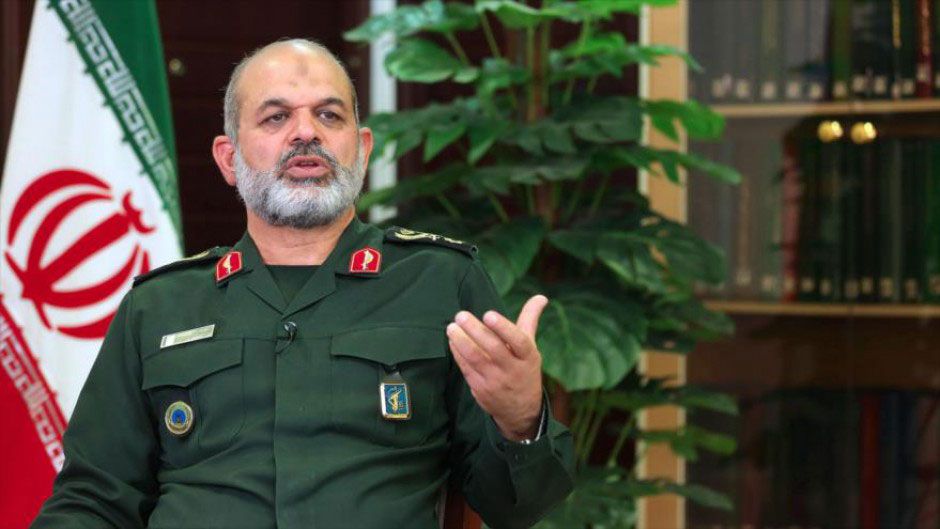 Iranian Interior Minister Ahmad Vahidi said the Takfiri terror groups behind the “heinous terrorist attack” at the holy shrine of Imam Reza have been tracked down and will surely be identified.

Speaking to reporters on Thursday, Vahidi described the stabbing attack as a “heinous terrorist operation” against three clerics at one of the holiest sites in Iran and strongly condemned it.

The minister said all the roots of the “indiscriminate” terror attack, along with the currents that gave directions, have been tracked down and the perpetrators will definitely be identified.

One Iranian cleric lost his life and two others were wounded in the stabbing attack at the courtyard of the holy shrine of the eighth Shia Imam in Khorasan Razavi Province on Tuesday, the third day of the fasting month of Ramadan. The assailant was arrested immediately.

The injured clerics were transferred to the hospital.

Vahidi also rejected speculation about the existence of a link between the attack and Afghan nationals in Iran.

He added that Daesh and other Takfiri currents have been created by the US and some Western countries, warning that those spreading such an ideology will certainly be dealt with.

An official investigation is still underway into the case.

The assailant was, however, identified in media reports as Abdollatif Moradi, a 21-year-old Uzbek who illegally entered Iran through Pakistan last year and resided in Mashhad. He was arrested at the scene of the attack.

Videos circulated in the media show that he was influenced by Takfiri and Wahhabi ideology.

Vahidi further praised the common civilization and deep-rooted ties between Iran and Afghanistan.

“The enemy is trying to exploit the religious and ethnic differences among friendly nations but this act will lead nowhere. The best youths of Afghanistan have lost their lives in confronting the Takfiri groups,” he said.

“The Afghan people expelled the United States from their country with humiliation. The recent act will not create any doubt on the status of the Afghan nation,” Vahidi said.

The Iranian minister further appreciated those who condemned the terrorist attack and said, “We expect all those whose voices are heard to condemn this act. We do not expect the West and the United States to do so because they themselves have created this mentality and their refusal to condemn [the incident] shows that they support these ideas.”