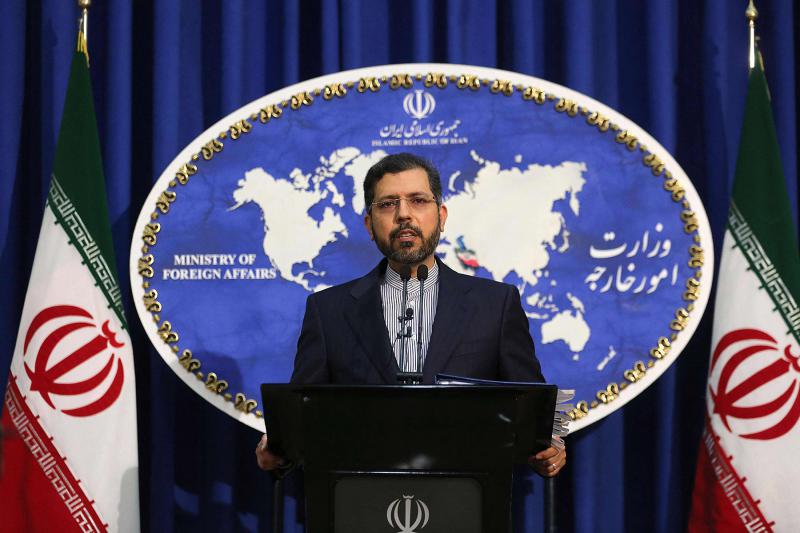 Iranian Foreign Ministry Spokesman Saeed Khatibzadeh said Monday that the negotiations between Iran and the United States on the issue of the prisoner exchange have made progress, adding Iran is waiting for their conclusion.

Referring to the recent visit of the IAEA director-general Rafael Grossi to Tehran and describing it as successful, Khatibzadeh in his weekly conference on Monday said that during the visit Iran and IAEA made a multi-stage agreement on comprehensive technical cooperation.

Citing that Iran has agreed to reply to the several questions raised by the IAEA about some sites in Iran within about two months, Khatibzaeh added that there is a direct link between the questions and the agreement in Vienna.

The agreement with IAEA should be reached simultaneously with the agreement in Vienna and should also be considered as a part of a possible general Vienna agreement.

An agreement can’t be reached until a few key remaining issues are all agreed upon, he continued.

“The remaining issues that is still matter of dispute are less than the number of fingers on one hand, if no one adds a new topic,” the spokesman also said.

“They (negotiating parties) are all waiting for a response from the United States. If it has a logical approach and takes into account the P4 + 1 and Iran’s concerns, and an appropriate response is given by Washington, an agreement is within reach in the shortest possible time.”

Answering a question on China’s new demands on negotiations, Khatibzadeh said that China’s approach to the talks is one of the most constructive ones and Iran seeks to move forward with China in this context.

“Russia’s approach has been constructive in reaching a group agreement in Vienna,” he added.

Rejecting any news on Russia leaving JCPOA, Khatibzadeh said that Russia has been a responsible member of the talks.