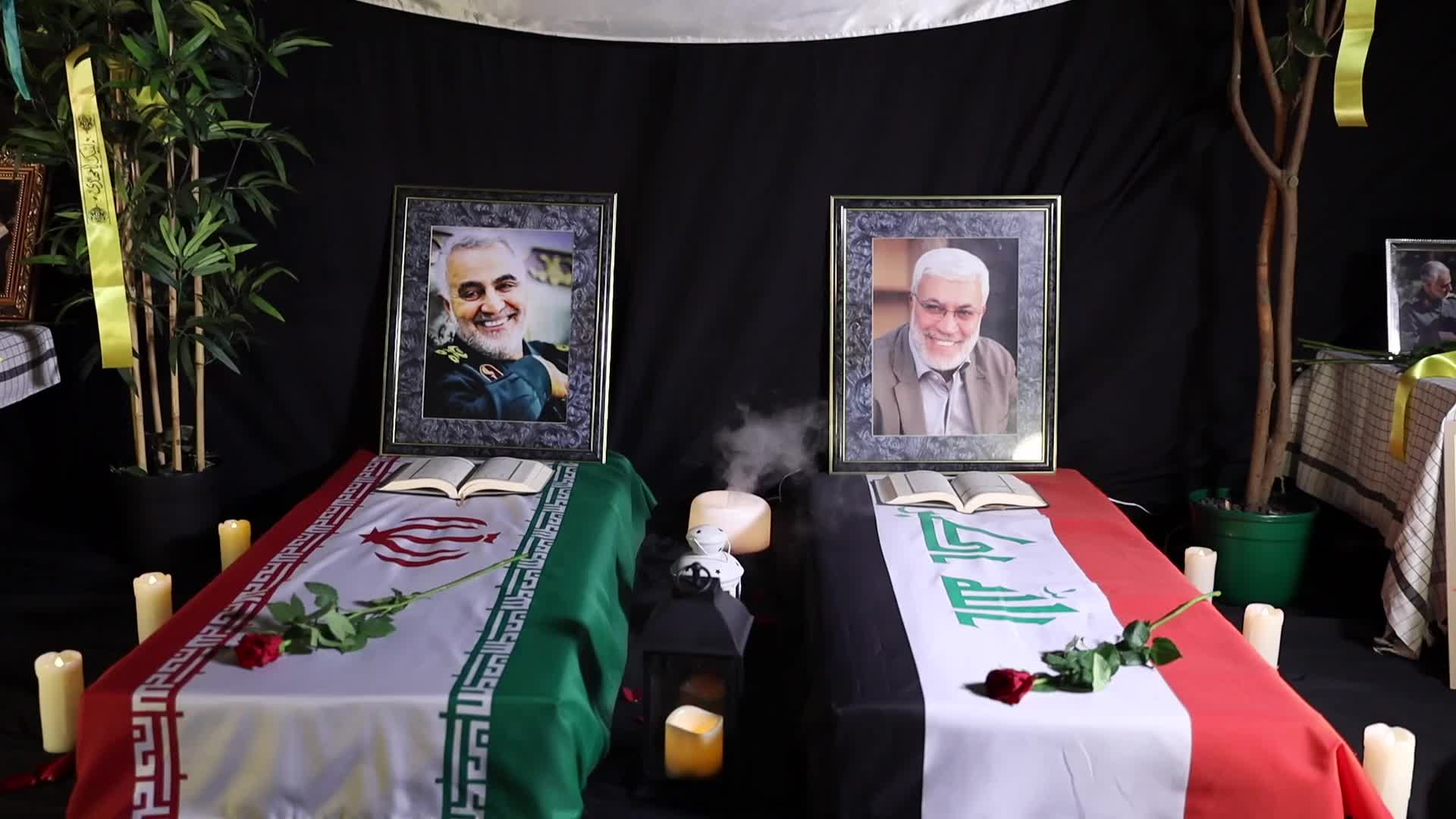 The ceremony included a memorial service and the participants placed two symbolic coffins wrapped in the Iraqi and Iranian flags.

Participants in the ceremony praised the role of the two leaders in confronting terrorism and defending the region.

They also hailed their effort in liberating areas in Syria and Iraq from terrorists.

The mourners raised pictures of the Leader of the Islamic Revolution in Iran, Ayatollah Ali Khamenei and Sheikh Nimr Baqir al-Nimr who was executed by the Saudi regime 6 years ago, in addition to pictures of a number of martyrs in Bahrain.