IRGC Quds Force Chief Commander: Iran to revenge against Americans within their homes 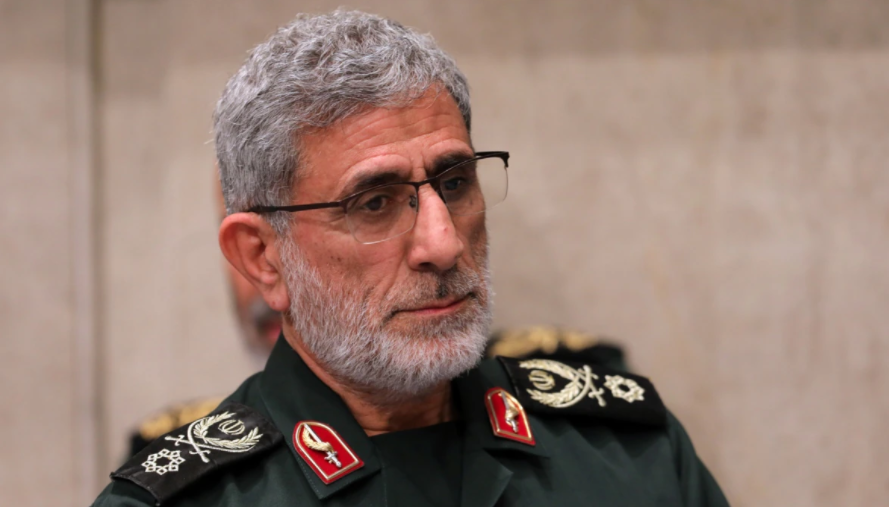 Commander of the Islamic Revolutionary Guard Corps Quds Force said that Iran would provide the ground for revenge against the Americans from within their own houses and with people by their side.

Brigadier General Ismail Qaani, on Thursday at the International Congress of the Resistance Front “Memorial of Immigrant Martyrs Defending the Shrine” in Mashhad, Khorasan Razavi Province (northeastern Iran) said that Iran dealing with the enemies and the crime of the assassination of Lt. Gen. Soleimani.

“The blood of Martyr Soleimani has boiled the blood of the youth of Resistance,” the IRGC Quds Force commander emphasized.

He also said “The Islamic Republic of Iran is the center and university of Resistance to all human beings around the world and has cooperated with all the oppressed nations with will and determination.”

Qaani also referred to the Americans’ confession that they spent more than 2 trillion dollars in Afghanistan and added “In 20 years, many devoted and faithful people killed in Afghanistan and Iraq, but Resistance spread to the whole world.”

The 5th International Congress of Immigrant Martyrs Defending the Shrine of the Resistance Front coincides with the anniversary of the martyrdom of Lt. Gen. Qassem Soleimani, Abu Mahdi Al-Muhandis, and other martyrs, in the presence of the IRGC Quds Force Commander.

Families and relatives of “Holy shrines” martyrs from Iran and the region also attended the ceremony.

Massive Funeral for the IRGC Assassinated Member Held in Tehran