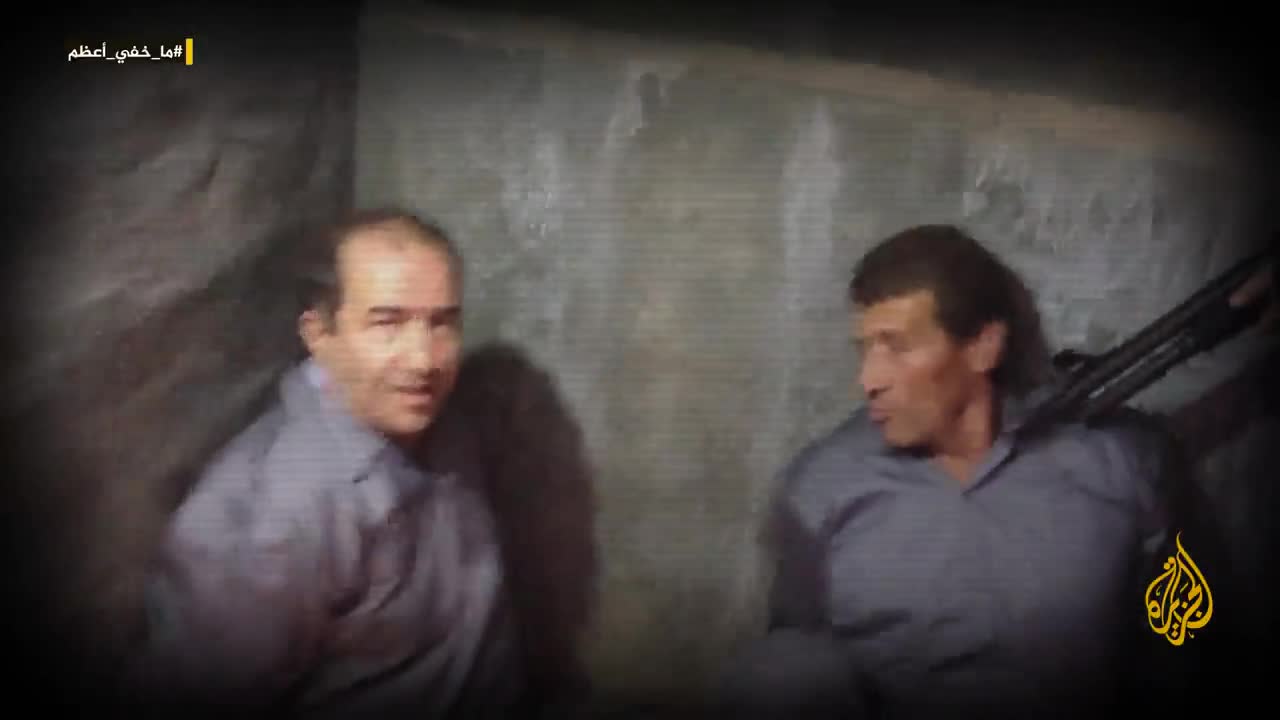 A program broadcast by the Qatari Al-Jazeera channel revealed a video of two Israeli intelligence officers kidnaped as they were on security missions outside Israeli entity by a movement calling itself “Freedom”.

The program “What is Hidden is Greater” said “The kidnapper published a video showing the two kidnapped men, along with pictures of Israeli identity papers, identifying themselves as David Perry and David Ben Rousey.”

It mentioned that “the Israeli kidnappers kept secret the place of detention and linked their fate to the release of Palestinian prisoners.”

The program stressed that “Israel has not issued any indication or announcement until now regarding the two kidnapped persons.”

It also showed an audio recording of a prisoner from inside the occupation prisons, in which he says “We hope that the Palestinian resistance will heal our chests in a new exchange deal.”

The program published new details about the ‘Freedom Tunnel’ Operation, and how to escape from the highly investigative prison.

It presented a recording of a prisoner documenting the torture of prisoners after six of them escaped from Gilboa prison last September, including chaining the prisoners and transferring them from one cell to another.

The names and photos of Israeli officers who participated in the torture of Palestinian prisoners in the Negev prison in 2019 were disclosed.