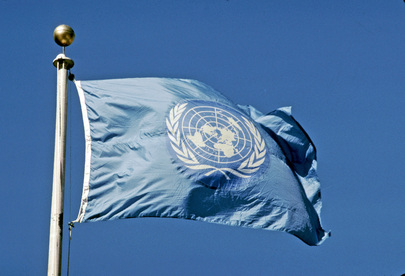 The facts show a widespread and systematic attacks on a civilian population, amounting to crimes against humanity, committed by the Myanmar security forces following the February coup, the Head of the Independent Investigative Mechanism for Myanmar Nichols Koumjian said on Friday.

“We received so many communications, particularly from people inside Myanmar, urging us to accomplish some type of accountability, asking us to bring people to account and end the violence that’s happening there,” Koumjian said.

His team has so far received over 200,000 communications since the coup and collected over one and a half million items of evidence.

“We will continue to collect that evidence and to analyze it in order to fulfill our mandate, so that one day those most responsible for the serious international crimes in Myanmar will be brought to account,” Koumjian said, explaining that in the first month or so, security forces applied “measured response” towards demonstrations against the coup.

“However, we then saw an uptick in violence and much more violent methods used to suppress the demonstrators. And this was happening in different places at the same time, indicating to us it would be logical to conclude this was from a central policy. And also we saw that particular groups were targeted, especially for arrests and detentions that appeared to be without due process of law. And this includes, of course, the journalists, medical workers, and political opponents,” Koumjian said.

Established in September 2018, by the Human Rights Council, the Independent Investigative Mechanism for Myanmar is mandated to collect, consolidate, preserve and analyze evidence of the most serious international crimes and violations of international law committed in Myanmar since 2011, and to prepare files to assist any independent criminal proceedings, in accordance with international law standards.