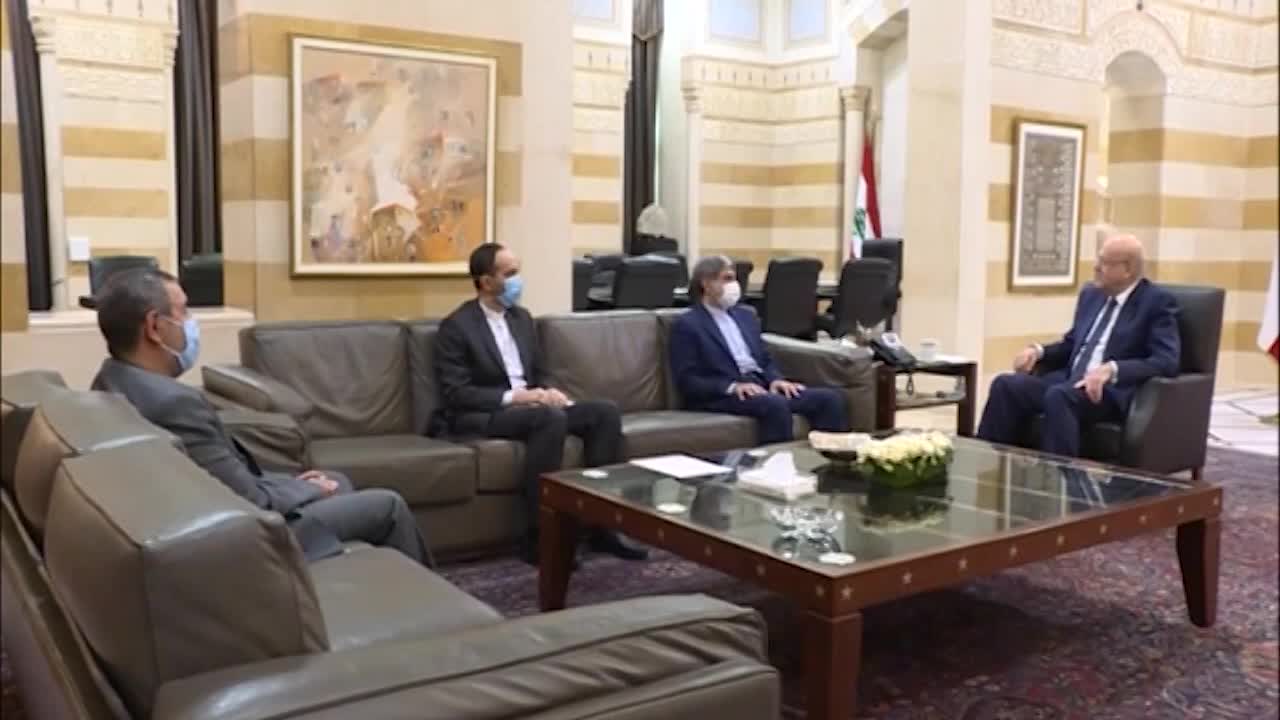 The two sides exchanged views and discussed bilateral relations between Lebanon and Iran.

Earlier last month, the Iranian ambassador said the United States has no right to interfere in the process of sending Iranian fuel to Lebanon, stressing that Tehran is ready to build a power plant in Lebanon.

Meanwhile, the Lebanese Prime Minister said in an interview that he had been waiting for the “Arab big brothers” to help the country, but that no Arab state had contacted him so far.