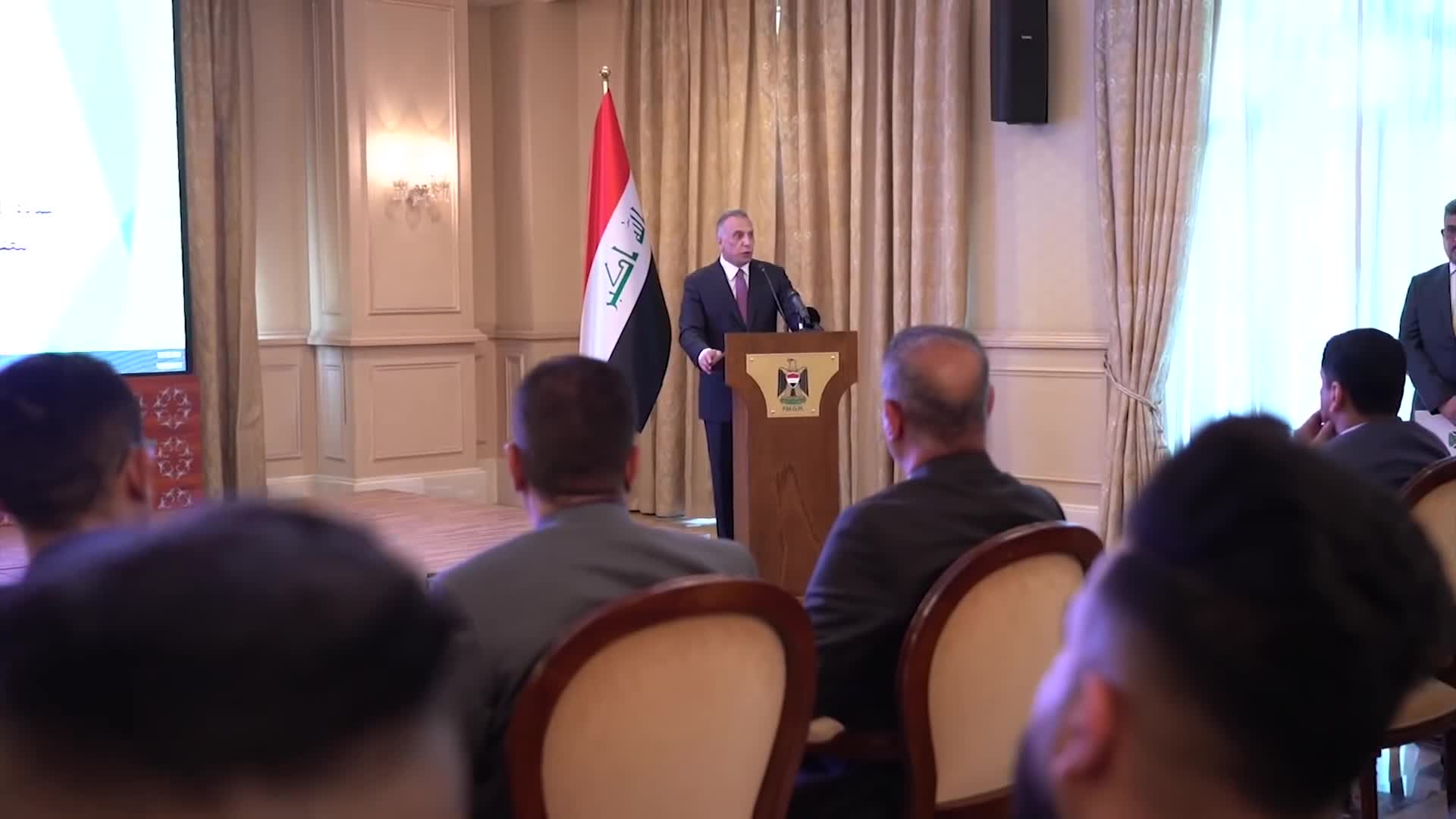 “We intend to re-develop Dhi Qar Governorate by forming the Provincial Reconstruction Council, to oversee the implementation of projects cost one thousand three hundred billion dinars allocated to the governorate, and we first The electricity file is of paramount importance.” Al- Kadhimi said during the opening of the Dhi Qar Governorate Reconstruction Fund Projects Conference.

He explained “there are projects to expand 20 cities belonging to the governorate as part of a plan to break the population bottlenecks in the governorate’s cities.

“The committee succeeded in opening the Al Naser Bridge, which has been put off for 9 years, and paving the so-called (Death Road) in less than a month, and the committee will provide pure water to about 230,000 people.”

He pointed out that “putting the cornerstone stone development project for the Nasiriyah airport, which will make the province a location and a destination for historical religious tourism”.

The premier continued “the Secretary-General of the Council of Ministers to supervise the instructions for the Fund, and to prepare the schedule for vital projects that directly touch with the citizens.”

He further stressed “The work has actually begun with the direct referral of more than 100 projects within the sectors of electricity, health, infrastructure, roads and bridges, youth and sports.”