Marches in Ramallah Against Israeli Aggression on Gaza 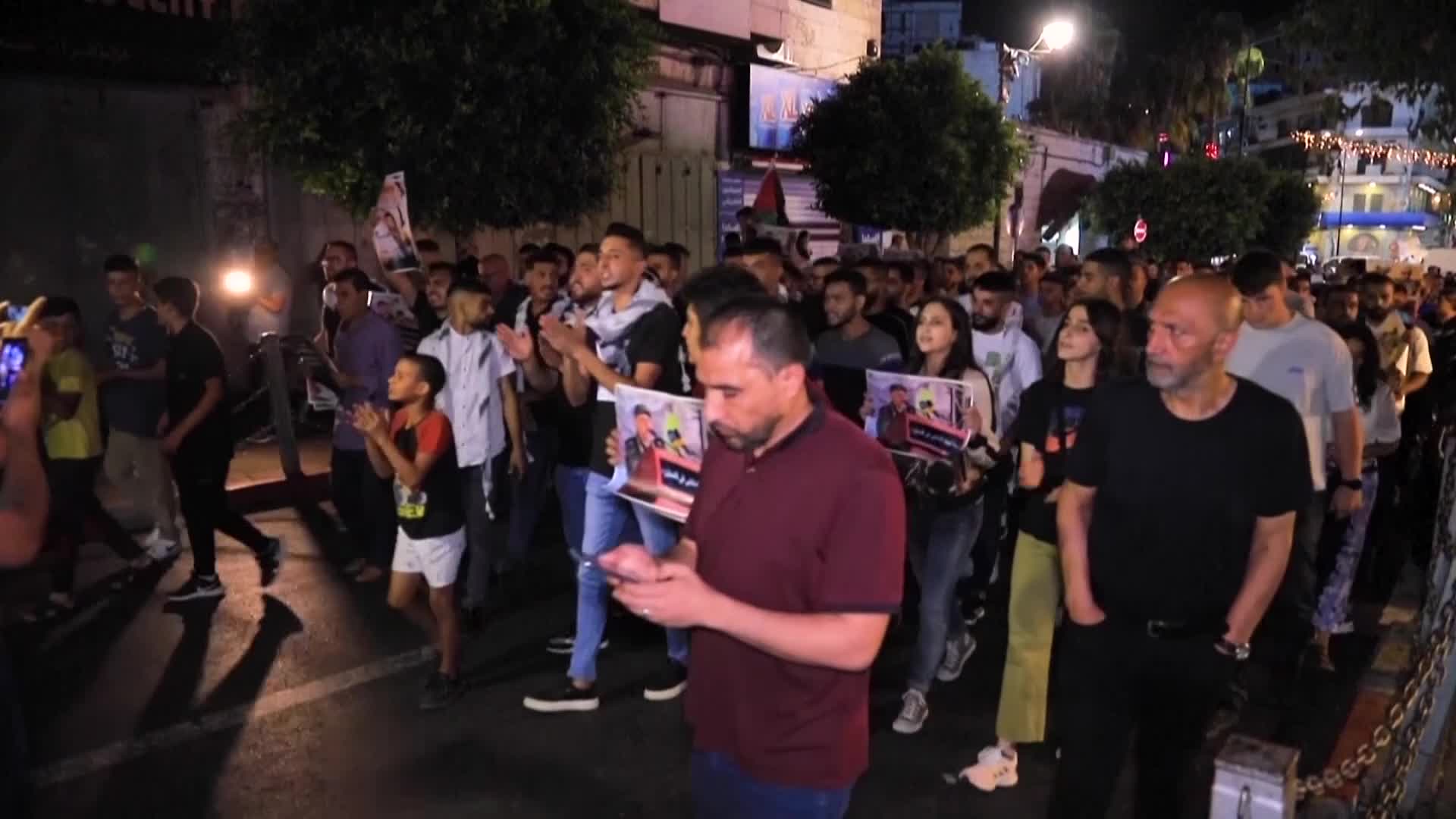 Dozens of Palestinian citizens marched on Friday evening in Ramallah in protest against the Israeli aggression against the Gaza Strip and in support of the Palestinian resistance.

Scores of citizens marched through several streets of Ramallah and rallied at al-Manara rotary in the central district of the city carrying Palestinian flags and chanting slogans against the Israeli aggression and in support of Gaza and the resistance.

Similar massive march also took place in the central district of al-Khalil. The participants carried banners and chanted slogans in solidarity with Gaza.

The Israeli army started on Friday evening to launch a series of aerial attacks on Gaza, killing 10 citizens and injuring dozens.